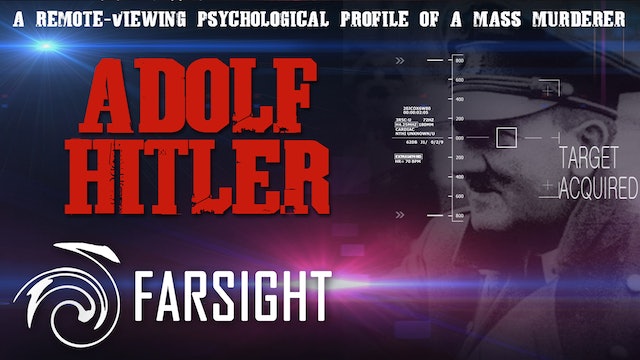 Adolf Hitler: A Remote-Viewing Psychological Profile of a Mass Murderer

Adolf Hitler remains one of the most enigmatic dictatorial leaders of all time. Why did he hate so many people with such a vitriolic passion, and why did he try to kill them? This documentary is a full-blown science project that seeks to answer these questions.

Now, for the first time ever, two of the planet's most experienced remote viewers, Dick Allgire and Daz Smith, combine talents in one of the most important projects ever conducted at The Farsight Institute. The Farsight Institute is the leading venue for large public projects involving remote viewing as it is done using methodologies that are derived from those developed and used by the U.S. military for espionage purposes. Now we focus those methodologies on targets that reveal what has been hidden from so many for so long.

Here are explicit descriptions with riveting details of that tragic individual, now available for you to see, and all recorded live on video under strict, totally blind conditions. These deeply revealing remote-viewing perceptions are eye-witness accounts that will change how history has described this man. There are reasons underlying his madness, deeply disturbing reasons.

Here, remote viewing is utilized much as a psychoanalyst would investigate a person's underlying psychosis. See the data with your own eyes and make up your own mind. Watch this remote-viewing documentary with an open mind. Watch it closely. 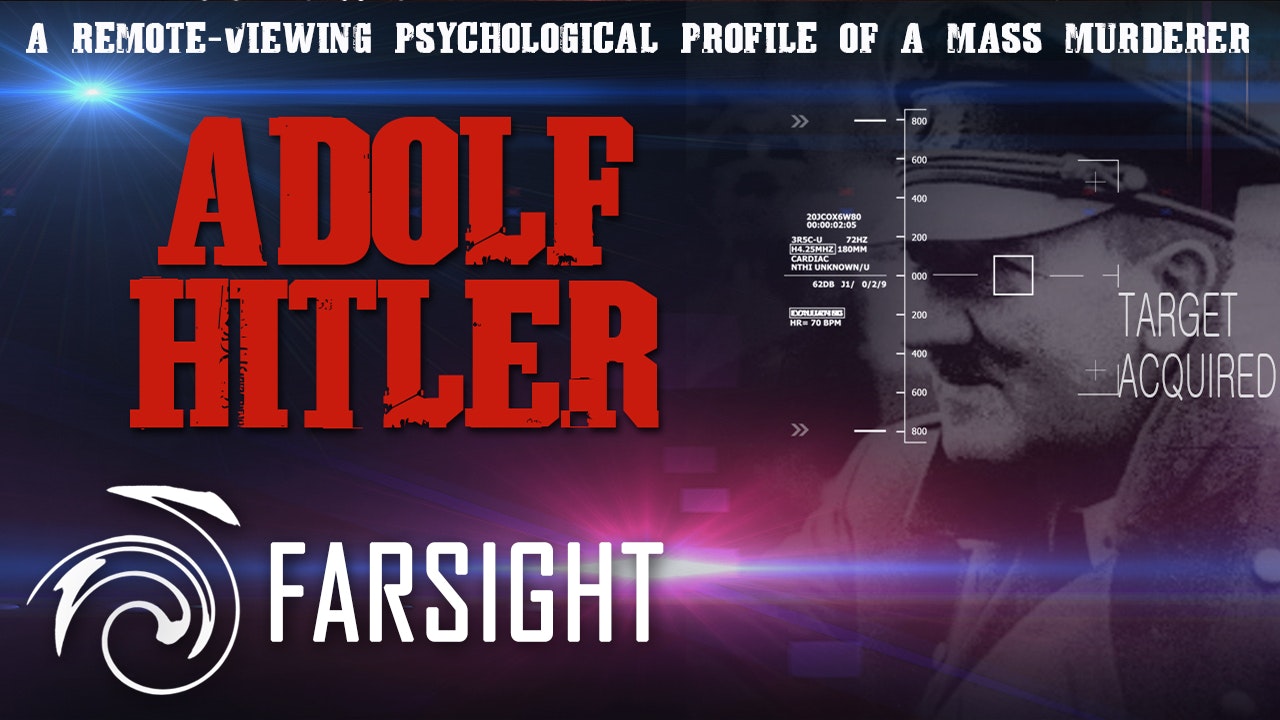