Hello. Very interesting project and thanks to whole team at Farsight for your work.You are all great. You have very interesting topics all time-:) and new info. I just want to kundly ask if maybe you can sometimes focus remote viewing on very important spiritual mount Kailash in Himalayas and near by Manasarovar lake - whats going on there and history......is Shiva place and strong movement of ET. Its interesting ,that special places is not only in Mars,or other planets or Moons,but here on our Earth too.... Thanks again for your work. I will watch your channel all the time-:))) Sincerely Branislav

yes i also would like to see this. what have those ET's been working on? and what angle is their agenda in relation to the overall cosmic dance and to our earth prison situation

There is an intresting theory, that Barack Obamas wife Michelle Obama is in reality a man, a transgender.

Many people believe it to be true. Would be intresting to have remote viewers determine his/her gender in his childhood.

Also many people here know about the Missing 4/11 cases, there is a great interest in that.

here are some Legit pics vid of Michelle Obama that has not been photoshopped or CGI'd. 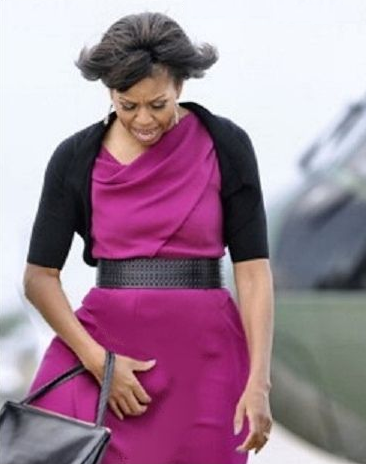 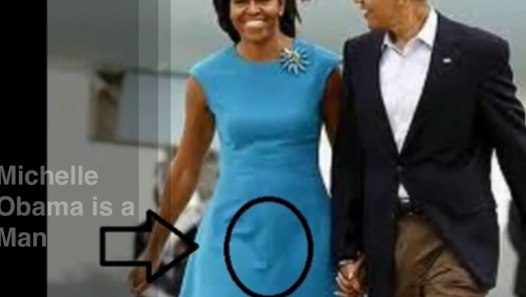 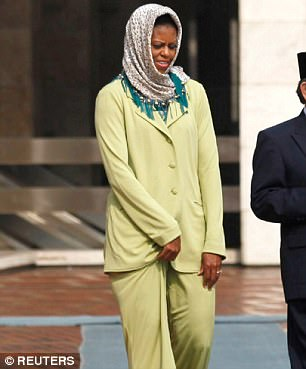 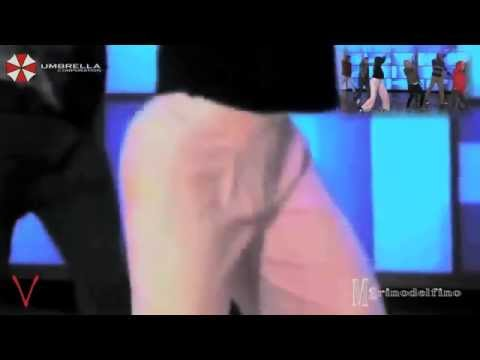 but no pics of 'her' when pregnant.

Göbekli Tepe would be interesting. Who, how, when and why it was built and filled up again.

There has been several very interesting forbidden archaeological presentations about this site where the current historical evidence finds these people popped out of nowhere amongst hunter gatherers or beginning agrarian practices. Definitely advanced and amongst civilizations before the pole shifts took out many human developments or comet parts striking earth changing weather sea levels volcanic responses. The square tonnage foundations don’t suggest primitive architecture or thousands of slaves hauling and construction practices.
I’m fascinated by the “ Red Hands” blown printed all over the planet in caves where it was not a habitation but hidden specialized resources for recording psychic history of the current reality. The caves have no burial remains except the head of a bear on a modest stalactite-pedestal. Prehistoric respect or nomad trash? I doubt it. Prehistoric or surviving psychic records? Good question.

Looking into the Sasquatch people, the Yeti would be an intresting project too.

A few years ago I discovered that Sasquatch live here in my local forest in Hungary, it was life changing. I keep wondering how they can remain hidden, and all their secrets. A remote viewing study might be able to give some hints into this mystery.

Regina Merideth just did an interview with Sun Bow watch it.


Regarding Sasquatch or Big Foot. This interview will clear up some of your questions.

Thanks I've already watched this awhile ago.
I know they have psyhic abilities, but would like to see a remote viewing study. I believe they would be able to see the remote viewer much like aliens can.

I would like to see the Farsight RV team split up with one group given a verifiable target and the other group experimenting with different psychic techniques to interfere with or replace the legitimate target.

If there are highly advanced entities who wish to effect human affairs, it seems reasonable that they would be doing this. Also, if official (secret) government groups have developed advanced psychic abilities, they could also cast false scenarios for the Farsight viewers to pick up.

If these subversive activities are real it would cast legitimate doubt on all of the Farsight productions.

Thanks Szekely,
Much hoopla about the scientific methods used at Farsight..... but given the uncertainties of the human experience and our beginner status in remote viewing and psychic abilities in general, it seems like the presentations cannot be depended on.
The scripted nature of the different viewers can either mean the process is accurate or it can mean that what they are perceiving is some kind of propaganda that has been seeded by a superior power.
Until Farsight performs a meaningful type of control and shows that we are not being fooled by an advanced entity, the productions will continue to be speculative, however entertaining.

from the beginning I had thoughts along those lines too. We cannot rule out the possibility of psyhic interference yet.

A thought of Amelia Earheart and her last flight came into my head, or Leslie Howard's airplane lost without a trace. some famous celebrities who just vanished without a trace. Those might be interesting? Or the titanic? It may be awful gruesome but the titanic would work too. Or,.. the point of origin or time when a soul enters a body before birth or while in the womb? Just thinking. :)

Amelia was worked on by HRVG Inc.early 2000s. Crash landing and captured by Japanese. Saw the data.
My memory is fading for details. RVers were adavanced.

Also, maybe, the death of Marilyn Monroe, was she murdered as many suspect or was it just overdose? Ty :)

Can remote viewing view future events? Or people in the future? Like how the United States, any country, or a city/person in the USA would be like in 100 yrs or so? Example, Like the Govt, President or lack of, or alien (UFO) affiliation/contact working together (as everyone would finally know of it and not secret) would be happening in the future?

Sounds amazing. I still would love to see what the Farsight team can do regarding this topic :D

all future timelines exist so this target wouldn't work. As Bashar says you determine which future you end up in based on your thoughts and energy you put toward it.

Thank you for the explanation, Eric that is why I asked if it was possible. :) I didn't think it was for the future is what evolves and we can make it ;) Although there are people who can predict it, and it comes out correct, so that is why I am open to the possibility of such a target regardless of what may show up.

Hi 👋 Courtney and all at the Farsight Institute! Admirer of your work since the beginning. Topics of interest:

- What happened to Maria Orsic? Medium of the Thule Society

Stay ahead of the curve...😎

Hi Everyone at the farsight team!! I love watching all your movies and facebook updates. I would love to see a project on the deep state and who is truly involved but im pretty sure that this will be discussed in the human leadership movie coming out on March 15th!! So how about what is really going on with the British Royal family these days...why did Prince Harry and his wife leave the royal family? Did megan markle even give birth to little Archie...is there a baby archie? And was meghan markle sent to destroy the royal family? Or the corona virus?

I’d like to see the following remote viewed:
1. What celestial objects, other than those we are told exist, are currently in or coming into our solar system.
2. Do any beings live on any of the objects. If so:
3. What is their intent for the people of earth and the earth itself.
4. What technologies are they using, if any, against the earth.
5. Are the governments aware of this and are they actively attempting to hide it.

I have photos/video that clearly demonstrate that the above appears to be happening, and that it is having dramatic affect upon the earth and people. I’ll be happy to provide plenty of example photos that are mind blowing.

How can the general public view your photos? Do hou have a website, fb page, or a youtube channel that we would be able to see them. I know i would be interested in seeing these.

Hi Bobby. This is truly mind blowing. Can you share them here in the forum?
Gabe

What about "Noah's ark?" Has farsight tried that one?

Hi, I'm open to anything Farsight decides to work on. I finally had some time and thought about some (no a bunch) of new ideas and am just listing them here; I don't know if Farsight has touched on any of them but I'll just leave them here and hopefully, some of them might be worthwhile. Can't wait to see what they do next.
1. Adam and Eve: true story or origins?
2.Oak Island- just what happened there and what if anything is hidden there?
3. Noah's ark myth or reality?
4. Nostradamus the writer/prophet? Needs no explanation, would love anything on how and why he wrote his prophetic quatrains and are we interpreting them as they should be?
5. Svengali- and the Romanoffs did he have supernatural powers or was he a super charlatan?
6. Easter Island heads how were they made and who did it?
7.Betty and Barney Hill's abduction
8. Revelations of the bible (four horseman definitions more described, explanation of the odd creatures or prophecies written:
9. Amelia Earheart's disappearance
10. Krishna; was he human or was he an ET? and the wars and stories in the Bhahavagita (Indian lore and scriptures) were they extraterrestrial in origin?
11. Enceladus moon of Saturn deep-ocean probe under the ice for any life there as we may know it?
12. Death of Marilyn Monroe was it an overdose or was there a conspiracy to murder her?
13. Pres. Lincoln's last day (his murder assassination)
14. Titanic right before and after the sinking
15. Coronavirus: its point of origin, was is lab-made/leaked out by mistake or organic from an animal, or ET in origin, who was the first transfer human to get it and how/where from.
16. Leonardo Da Vinci and his inventions.

Betty and Barney Hill's abduction has been covered, you can find it here:

Thanks so much! I also forgot to list the Titanic I have to go through the archives. I've watched much of it but not all, thanks again can't wait to watch it :)

Thank you will read it! Lots and lots of info in there I didn't know of the book like I said I'm not sure what topics have been covered much thanks!

I´d propose Padmanabhaswami Temple and the last unopenend vault B in Kerala. Would be very interesting to find out what secret hides there and whether it is true that the door only opens when a special Mantra is sung, the Garuda Mantra, how this works, and find out what a "Garuda" really is.
It is said that a Vimana is hidden there.