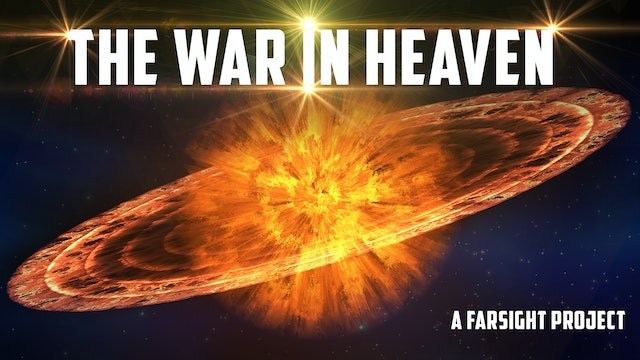 The War In Heaven

Long ago, far above the skies of Earth, there was a war that literally shook the heavens, a war of such scale that it surely made our solar system infamous throughout the galaxy. This new Farsight project describes this war in stunning detail. Moreover, this project also describes why this war has been depicted repeatedly in the legends of so many Earth cultures.

Finally, we now know what happened, why it happened, and where it happened. This new project conducted at The Farsight Institute employs three remote viewers who are among the most experienced and highly trained viewers existing today. The remote viewers all describe exactly the same thing. Three totally corroborating reports. Moreover, all of the remote viewing was done totally solo and blind, and none of the remote viewers communicated with one another during the data-collection phase of the project. This is not science fiction. This war really happened. And the evidence of this war, both physical and remote-viewing, is now unambiguously available for all to see.

Zecharia Sitchen argues that ancient legends often describe wars between extraterrestrial civilizations, and he finds seemingly countless mentions of such battles in ancient historical writings. Vedic texts describe these wars in terms of grand battles between the gods, complete with what appear to be nuclear weapons. And the Judaeo-Christian tradition finds discussions of such other-worldly battles in both the Old and New Testaments. The biggest of all such wars is commonly labeled the "War in Heaven," and it reverberates in a broad range of literatures, languages, and societies. Indeed, this war and its consequences is the primary focus of John Milton's epic poem, Paradise Lost. Perhaps the most direct depiction of this particular war is that which is found in Chapter 12 of the Book of Revelation, verse 7, where it is written, "And there was war in heaven: Michael and his angels fought against the dragon; and the dragon and his angels fought."

If this war happened so long ago, how did mention of it enter into the legends of so many human cultures? Now we know the answer to this. We know who did it. The stories were systematically seeded into the legends of human cultures throughout the ages. Was this done to help us avoid the mistakes of those who fought in our solar system long ago? Will we avoid those same mistakes, or will we repeat them?

This is one of the most important Farsight projects ever. Told through riveting remote viewing conducted under clean, scientific conditions, this is a true story that will help us understand our own world, and the struggles that we face now on Earth. War is always bad, but this is what happens when war gets "out of hand." Everyone needs to see this. Everyone needs to know the truth about our past.

The War in Heaven. This documentary tells the true story of the most important violent struggle of good against evil to ever occur in our solar system.