Something about the Pyramids RV doesn't make sense

I just watched enough of the RV session on the Great Pyramid of Giza to see that Dick Algire viewed some powerful beam type device being used to mine the largest stones used on the pyramids. Something about it doesn't make sense to me, if what was seen was accurate.

If the Egyptians who built the pyramid at Giza had a focused energy device that could mine massive blocks of rock with nuclear-like power and laser-like focus, they could have weaponized that power and taken over the entire world, certainly the world at that time. Why then do the existing records of wars and contact between the civilizations in the ancient near-east still record that the Egyptians fought with chariot archers and troops with khopesh swords and spears? Something about this simply doesn't make sense. Could they have been so narrowly focused that they would have such a powerful technology and use it to mine stones but not to wage war?

The technology dick was trying to describe is this; https://energy.mit.edu/research/future-geothermal-energy/ 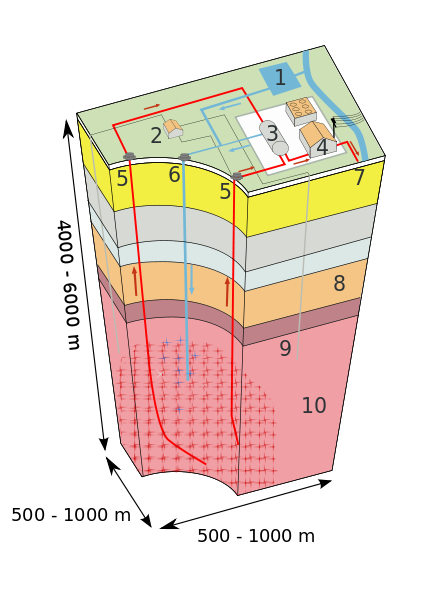 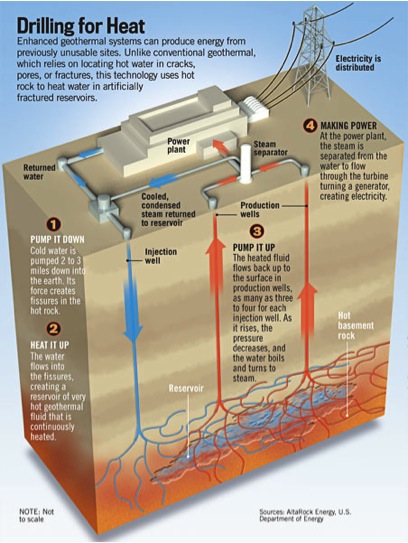 The same is happening even today, isn't it. There's incredible technology available but it's not for general use... for now. We can't really assume their motives, or what they 'should' have done and why... just get the data. But it's worthwhile to discuss it of course.

You are lost in time my friend! the egyptians didnt build the pyrimids. The pyramids were built pre-flood. The pyramids world wide were a earth energy machine to protect the earth from impacts. Think force field and fifth element. They blew up the planet in between mars and jupiter. The chunks of that planet destroyed mars and the obliterated earth with the flood. The egyptians come after the flood, who did not have this technology.

Hakktopin: [quote] they could have weaponized that power and taken over the entire world,[/quote]
Actually they did. That ship (which should be named Prison Ship Cerberus) was killed by a rock that was thrown at it. Then Tiamat's death is described as including so many rocks falling from the sky that she thought it was rain until she touched it and burned the shit out of herself. Then we have my personal favourite, the Shotgun Blast; where a rock is pushed toward a planet's surface and then fired upon turning it into buckshot that then pummels the surface below.
Based on the data available, I suspect that the ship that "shot" the Cerberus by "throwing" (viewer said pushed) a rock at it was actually a projectile made of rock shot from a Big Honkin' Rock Gun mounted on the attacking ship. I suspect that we don't grok the fullness of irony that we call it the stone age. They even made space ships out of rock. Daz described it as beautifully constructed and smooth to the touch. This tells me that they didn't do the budget version and hollow out an asteroid and plunk some engines in it, they purposefully shaped the rock into ship shape.
Archaeology shows us ruins of massive building complexes sitting on top of rock mounds that look like melted ice cream, while the surrounding land is normal rocks and dirt. Aswan looks like they used a spoon to scoop the stuff up like clay. This all suggests they had the technology to soften rock to putty so it could be conveniently shaped. Stick a chunk of this stuff in a rail gun. Way cheaper than missiles.

The people that built the pyramids were way earlier than the egyptians of recorded history. The Egyptians just kind of adopted the ancient megaliths as their own.

If this were the case, it would not surprise me. It appears that the Inca did the same to the megaliths in their area. However, was the Sphinx built around the same time and by the same culture as those who built the great pyramids? The Sphinx is pretty apparently Egyptian looking to me. If the Sphinx was also similarly ancient, then the Egyptians would have had adopted their entire headdress aesthetic from the prior culture.

they re-carved the head. it used to be a dog with a long nose. check the proportions.

Lots of work being done by rebel academics and independent researchers in this area. Check out Ben on unchartedx about the real age of these ancient megalithic structures and the kind of advanced technologies needed to create them. Ben sort of chuckles at theories that include ETs but mainstream methods are enough to show that there was a worldwide society of stone builders who achieved feats we would struggle to emulate now. Look at the giant blocks used at Baalbek in Lebanon - just do a search - those stones will blow your mind.

The mainstream is addicted to a nod at Sumerians and the Egyptians (sorry China) followed by obsession about: Greeks ->Romans->Northern Europeans. It supports a supremacist ideology justifying current power politics and modern academia is built on 'taking bribes' (I refer to the funding structures of academia) to maintain this view of the origins of our civilisation.

The Younger Dryas theory put forward by the Asteroid Research Group helps to back up a hypothesis that a significant civilisation (or civilisations) was bombed into a 'stone age' by a massive asteroid strike 12,800 years ago. It is worth investigating because otherwise we are left with being told we were cave dwelling hunter gatherers for the first - maybe - 400,000 years of our time here.

Of course RV gives us a much richer story than this. So - exciting to know we are hardly at the beginning of telling a story of us that converges upon reality and truth.

One must understand that the history that we have been taught is a lie, every word of it, period! The pyramids were built by the survivors of Atlantis, who had no problem using such technology as weapons. They destroyed the pyramid culture that they created just as they destroyed Atlantis! The survivors of that world war, never recovered the technical knowledge that they once had and over generations they technologically de-evolved, as did the rest of the world. The survivors of Atlantis and other civilizations of that time, were far superior to the civilizations of today!

Amen to that but it is nice to know that mainstream dogma is being hoisted by its own petard.

Roger from mudfossill university on UT clearly shows a huge dead deagon (over 1000 mi. long in Morocco.
It is killing a fish(clearly seen) 400 mi long. You can easily make out the venom dragon from the mouth of the dragon . Atlantis was washed away by huge deluge of water. The boat slips can still be seen. The dragon was slain by a sword ,its throat was cut .Look for youself on Goog. E. Their is also an embrio growing in the Earth.
You can see it growing !1

Read alien interview, its mostly in there