Professor Robert Temple presents his groundbreaking research on the Dogon people of Africa. Their symbolism has become one of the most mysterious elements in ethnology because it is based on a star that is impossible to see with the naked eye, Sirius B, the dwarf star companion of the bright and well-known Sirius. Robert shows us the extraordinary knowledge of the Dogons, and expounds his theory on its origin. He also reveals symbolic links between the beliefs of the Dogons and those of the ancient civilizations of Greece, Egypt, China and Sumeria.

Thanks for the video. I'll check it out.
I've been researching up on the Hopi Indians. Very interesting. The book I'm reading right now is "The Orion Zone; Ancient Star Cities of the American Southwest" by Gary A. David.
After I watched the Ra Sun(dog) video today, I remembered some of the pictures carved in stone of the Hopi petroglyphs. Some of them are similar to what the Remote Viewers said, one in particular, the dude with the outfit that seemed like a marshmallow bunchy astronaut suit. The other similarities are of the tall skinny BONY aliens. The Hopi actually call their 'god' that they worship, Masau'u - the bony 'god,' in some of their descriptions of it/him.

And there is also a country called Syria, which almost certainly is linked. Maybe it was a colony or outpost at one point? 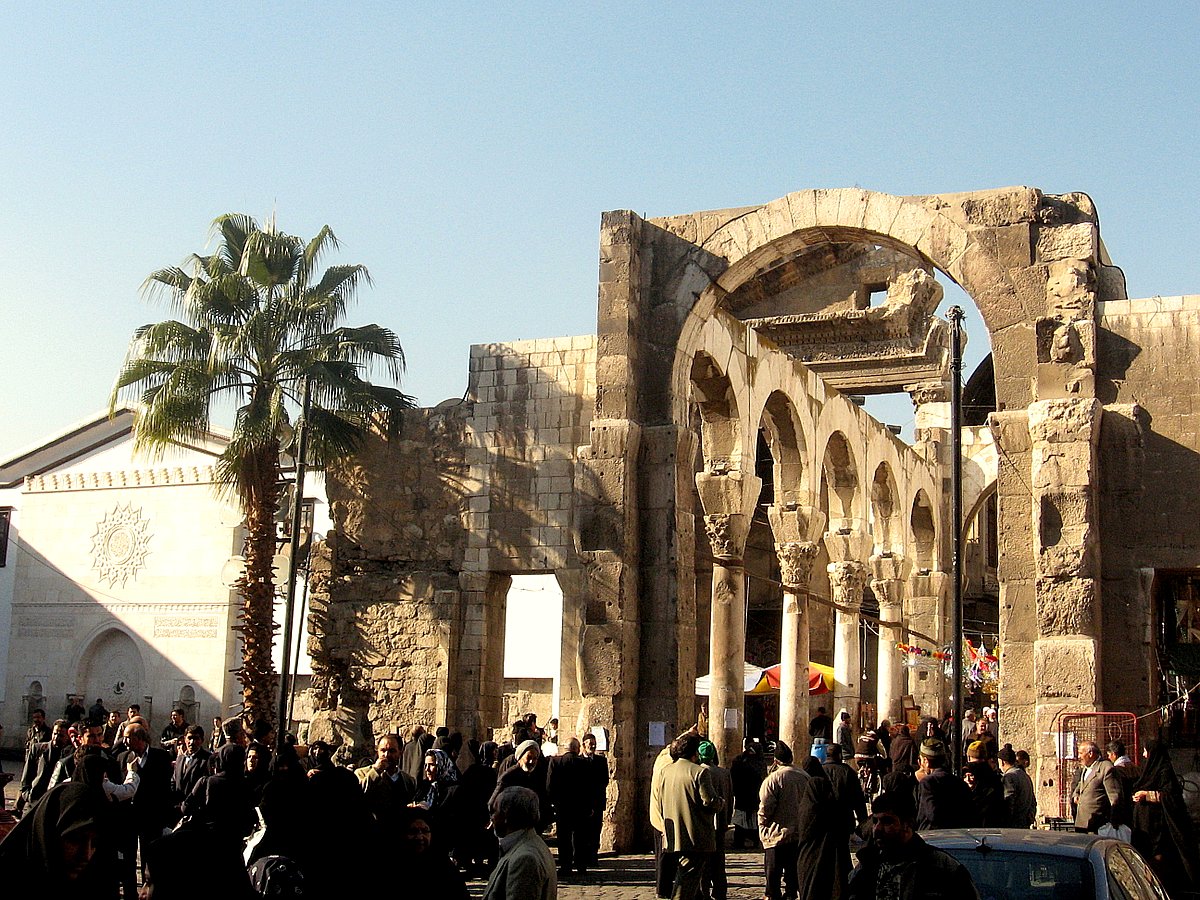 Good call David, I had never connected those potential dots.

Leena H, if we are reading all the same books, then great! We'll be able to discuss them better with one another.
Like this one that I'm reading right now (besides other books at the same time haha). It is so revealing about what these Indian tribes have going on in their entire existences.

For example, the Hopi Indians of Arizona. In the "Orion Zone" by Gary A. David, in chapter 7 "A Rainbow Fading Into The Chasm Of Night--the Hopi Katsinam"...on page 163: [tell me if this doesn't sound like what the remote viewers have been describing!]

"On a Flute altar in Oraibi, Fewkes found a carved figure, reputed to be Sotuknang, of an anthropomorphic bird with zigzag lightning designs down long slender legs. He thought this was a homologue of the Northern Plains mythical Thunder Bird, in Lakota (Sioux) known as "Wakinyan." In addition to appearing in the mixed katsina dances, Sotuknang participates in the puppet ceremony (GEEZ! I WONDER WHAT THAT REPRESENTS) usually held in March (described briefly in the Wupatki section of Chapter 4), which involves Palulukang, the horned (LIZARD?) (or plumed) serpent. In some cases Sotuknang is associated with Morning Star (OR, LUCIFER?), so his Mesoamerican connection with the Mayan Kukulkan (the Aztec deity Quetzalcoatl), whose emblematic star is Venus, seems particularly apt. As omniscient chief of all creation, Sotuknang possesses the additional attribute of "Watcher" or "Protector." This suitably complements one of the connotations of the actual word "katsina," i.e., "one who listens."

Undoubtedly, many other katsinam with sidereal aspects exist, but the final one we will discuss is called Sohu, or Star Katsina. His most prominent feature is the three, vertical four-pointed stars, arranged horizontally in a row across the top of his head. These, of course, bring to mind the most important constellation in Hopi cosmology, Orion, in particular his belt. These stars are interspersed between four vertical eagle feathers. This katsina has dark straight hair, goggle eyes, and diamond-shaped teeth. On his right cheek is painted an equilateral cross (star), on his left a crescent moon. He wears a fringed buckskin shirt and a kilt made of radiating turkey feathers, both of which are peculiar attire for a katsina. As Baron Wright succintly notes, "He does not resemble the usual Hopi Katchina." Fewkes says that Sohu has stars painted on his forearms and legs. He holds yucca whips in both hands, and a fox skin trails behind him.

Fewkes remarks that the figure described above, is the First Mesa (Walpi) version of Sohu, which he spells Coto. The Third Mesa (Oraibi) variation, he says, appears with a single large four-pointed star in the middle of a square mask. It also wears a trailing eagle feather headdress, customary to the Plains Indians. The latter katsina, however, is commonly known as Na-ngasohu, the Chasing Star (or Planet) Katsina, and is thought to represent a comet."

This is an interesting subject and smoking gun proof of a previous civilisation no matter how much the n.w.o controlled scientific community try and tell us it was myth. If all civilisations remember the same thing then there is truth in it. They have been telling us the flood was just a myth for over 2000 years but now they can no longer deny it. The most recent flood that Plato told us about (11,000 years ago) has now been proven due to the ice core samples. There was indeed a 400 ft rise in sea levels over night. Jimmy at bright insite (Youtube) speaks about it. The Dogon and the Egyptians were one and the same as are the Akan. Modern day Ghanaians and Ivorians. They were the ruling class of Egypt. . Tutu Ankoma (Tutankhamun) Akenten (Akhunaten) fefe Tiititi (Nefertiti) Akufu (Khufu) Dade Afre (Djedefra) are all Ashanti (Akan) names. The heitoglyphs are mostly in Twi and that of the Igbo. We all migrated from Egypt into the Ghana Empire then the Mali Empire . The Dogon stayed in the sahara,we came south and formed Asante (Ashanti). We know about Sirius as well. We know about the Water gods The Nommo pronounced "Numu". Infact numu nom still means "drink" in Twi. I say "we" know but most modern day West Africans don't remember or know their true history due to the deliberate suppression of this information by our so called elite who are in league with that which controls this planet. All African governments just like those in Europe, America, China etc are run by the same satanic crowd. The whole planet is compromised as we all know. The tall skinny aliens I belive will be what Charles Hall calls the Tall Whites. We, the zulu and other Africans have memories of these people. They were albino with blue or red eyes. Very skinny, tall and weak by human standards but obviously more advanced. Every thing on their Planet was albino, including all the Animals. American service man Charles Hall seems to confirm this as he said they didn't know what stars looked like until they acheived space flight due to the planet being covered in thick cloud. When the zulu first saw white people they thought it was them returning. They said these people were pale and had long slender fingers. Charles Hall also confirms this. He said they had a small thumbs as compared to ours and much longer fingers. David Icke's mate Credo Mutwa (Zulu Shaman) spoke about it as well but I can't remeber which video it was. In the video "Interview with a reptilian female Lacerta" she mentioned these tall white albinos and the fact that they were one of the first, possibly the first to upgrade us from tree dwellers. Apparently they took us away and when we returned we were, well more intelligent.
There is a book called The Akan other Africans and the Sirius star system which may be of interest.

And as has been mentioned those in the Americas seem to remember these people as well. Although the Vatican did a good job of destroying most of the evidence in the South then bringing back the spoils. You'll find it hiding in their underground library along with the history they took from the library of Alexandria. This stuff as has also been pointed out is also known to people in the middle east so I think it's safe to say that this Planet was indeed the home to both Human and high tech E.T's. Too many people all remember the same thing.

Dr Sasha & Janet Lessin seem to have some pretty interesting information on the Annuna.