Maybe they will get to it someday.

For me, there's less obfuscation in the story of Mohammad.

As I understand the story, The Gin (NHE's) picked Mohammad up one day while meditating and took him by Flying Saucer to Jerusalem which is alleged to be the old Space Port in the Middle East.

When Mohammad says "Make the Mountain come to me" he's obviously talking as though he was recounting some sort of flying experience.

In terms of Remote-Viewing, Islam already has it. There's already offshoots of Islam familiar with various types of Trances, which loosely corelates to Remote-Viewing. As an example, there's this: https://en.wikipedia.org/wiki/Sufi_whirling 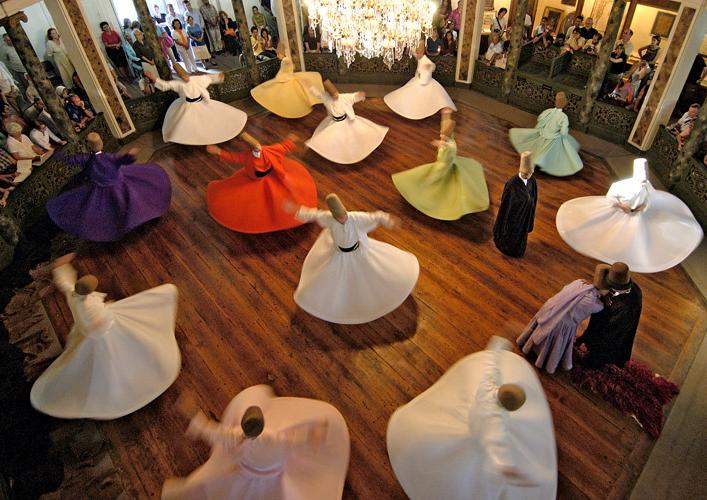 As someone who has spent some time in the Middle East and poked around in Islam, I think that the information that you are asking for is already available.

There are really good descriptions already of Mohammads journey and interactions with the Gin and NHE's.

The Black Cube is another version of the Triskellion, except that it's drawn in a way that helps you to understand multidimensionality. It also shows the three realms of existance.

By looking at the cube from the correct angle, it's hoped that you can see it, which is how the Universe is all held together.

Saturn's cube is a physical compound. I have pictures of it. The cube contains earth, air, fire and aether. I have pictures of those too. When these compounds are purified and recombined with the water they make the philosophers stone, the body and blood of Christ, soma and Amrita, shew bread, Ambrosia and nectar, golden jade cinnabar, what ever you want to call it. It is the basis for all ancient societies and religions that gave them all their arts and sciences. Hence the advanced societies seemingly appear out of nowhere, complete in their works and arts.