Alchemy is the basis for all religions. The panacea. The enabler of perfection of the human body machine. With out it we are stuck here, at the whim of the wind and waves. The source of all good things. The only way to perfection. The fullness of the law of nature. The one source of true power, immortality, wealth, and true happiness. Why not use remote viewing to see how, when, where and who, to free us all?

I've been waiting for one.of these RV sessions to tell us how to free ourselves from this prison planet. I've only heard of one person ever touch on this. I believe it was a psychic that said that we're programmed to go to the light. Through years of brainwashing we are taught that the light is good. But the suggestion was to embrase darkness and immediately upon breaking free of the body, ask to be taken to one of the holes in the trap. From there ask to return home. I'm sure going to try it. Lol

Ps..I'm sure this wasn't the freedom you wrote about. Just adding my 2 cents worth. Take care.

thats very sweet of you, unfortunately death is never the way out to freedom. immortality is the only way out of the matrix. i will pick you up on the way out! as i will courtney and his crew. thats why i wrote it so they would have a target and realize they are viewing themselves and that the have nothing to worry about in the up comming events, eventhough we are looking at 95%+ die off in north am. get ready folks this is the end.

Dominion, I'll be watching for ya. Please don't leave me on earth. I couldn't take another life here.

not leaving earth, just going underground. nicest place youve ever been. though i did have an off world dream. i was in a space ship looking down at earth and mushroom clouds would go off hear and there, just a couple of them, and all the beings standing there (green and blue people, glowing beings, and two non-humans. looked like a grey and reptile but not big and imposing, totally different than most descriptions, looked like the old lizard figurines from sumeria) they all looked a me and shook their heads like i had something to do with it, so i went off on them. that was the end of the dream.

Maybe, although when I looked into Alchemy, I found something different.

When I was a Teenager we had a comedy TV series from the BBC called 'Catweazle'. He was a failed Alchemist who travelled in time to the 20th Century and nothing worked for him.

Of course, everybody ridiculed him and that was the point of the show.

Bashar channeled by Daryl Ankar has some things to say about it in his series "Tales for Grownups". I can't post the video, I'm having trouble with the videos being taken down.

In any case, Rumplestiltskin is about who meets an 'Elemental Man' who performs Alchemy.

What is suggested by Darryl Ankar channelling Bashar is that it was a story based on something that probably actually happened and was a tale for grownups to help us understand about making value judgements.

> The one source of true power, immortality, wealth, and true happiness.

We already have it don't we?

> Why not use remote viewing to see how, when, where and who, to free us all?

That's a complex topic. The problem is that from a Metaphysical perspective we are all reflections of others, and others are a reflection of ourselves.

So what we put out, we get back.

Plus, we each decide what we want to see, based on what we choose for our own level of vibration.

I think you will find that we are already free - unless of course, you think you are not. Free to move around 4D Physical Reality. Sure we get blocked here and there but that is a property of Physical Reality, the most dense of the three major frequencies.

It makes sense that in the Spiritual State of Existance, there are less barriers, things are more fluid (the State corresponds to Fluid, ie Water) and things are easier.

Whilst I have seen some amazing things, I've never seen Alchemy in practice. Anybody that wants to demonstrate is welcome to go ahead and show.

Thanks for your input. I'm not really sure what you are trying to say. Or if you said anything at all. If your extent of knowledge of this most sacred and holy art doesn't extend past Wikipedia and television shows, what are you trying to say? This post was more of a notice, not a question. Alchemy isn't for show.
Most tales are alchemic texts. Three bears, golden goose, Hansel and Gretel, snow white, jack and the bean stalk and so on. You could have also included the bible, all the hieroglyphs of the Egyptian temples, sumarian glyphs, all sacred texts and mythology, Greek, hindu, Zoroastrian, Roman, Chinese, Mesoamerican, mohamadism and so forth, are all alchemic texts. Only every great mind to ever exist since the beginning of history were alchemists. This is the key that opens all doors. Free? You are free from what? This is not metaphysical, so there is no problem on my end. This is the only way to perfection.

DM,
do you study or practice Alchemy?

> I'm not really sure what you are trying to say

That Alchemy took a strange turn during the 20th century.

Anything that we need to make, we can practically make it from Plastic now. Using say, a 3D Printer. 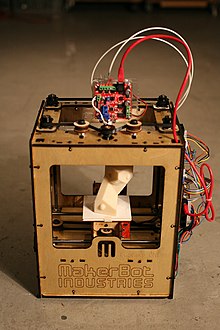 for other things there is Mass Produced Plastic: 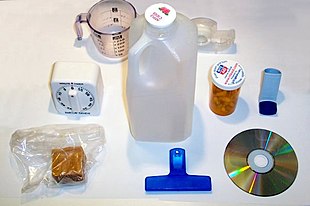 You might not think that it is a type of Alchemy, but actually it is. We use the products of it every day.

Another tool for Alchemy that we now understand (or is understood by the Deep State Military) is Quantum computing. In this, the Computer is able to manifest physical objects for different materials using pure vibrational construction. Development of Quantum Computing and practical applications will become better known over the next 40 years.

You are welcome to discuss and debate, the modern world is an 'Alchemists dream' and the Modern name for the job is "Materials Engineer".

DM,
do you study or practice Alchemy ?

Thats great! Can you suggest some alchemical authors or texts which you found to be valuable ?

What are you trying to accomplish? All of them pre-1800s are good with a few exceptions.

I know how to make the stone. want the short or the long. But I guess that would rob you of an incredibly enjoyable learning experience.

Well, i prefer the short; maybe plus some literature suggestions to enjoy the rest.

indefatigable reading, try alchemy for dumbies to start or a regular alchemic text will melt your brain. did you mean short in time or short in proceedure? either way i am taking the liberty to mass produce this and pass it out to the world. hope you live to see it.