In Linda Moulton Howe's latest video, referring to a past interview, in it she asks Jim Marrs, (author of Psi Spies) of what remote-viewers knew of non-human underground bases on earth - at the 17:40 mark.

Jim speaks of Pat Price's reporting of four alien installations in the planet and their locations.

Too, Lyn Buchanan has spoke of an alien base in a mountain in the outback of Australia (as is one of the locations identified by Price) that he has remote viewed. Lyn comments that once he spoke to an army buddy based in the Australia outback, where his friend commented that it was a boring assignment, save the UFOs coming in and out of the mountain.

Needless to say, this could be a great Farsight project.

As well, one can be sure Lyn has a treasure trove of interesting remote-viewing stories. He is a Farsight board member and it would be a great treat for members to have an in depth interview with him.

Membership has it's rewards.

It is great to hear of the two new participants for Livestream.

Membership indeed has it's rewards!

She asks "Why do we live in a Universe where we need to eat each other?"

I submit this ancient pictogram that answers with the Snake eating itself. The idea is, that the Head of the Snake actually keeps eating and chasing new information. But then eats it's own consciousness from a long time ago. 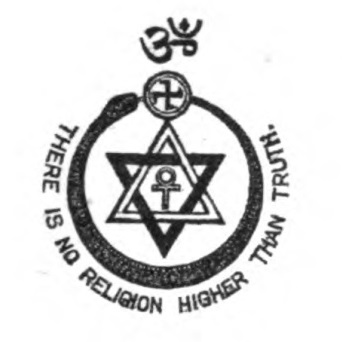 So for example, in a previous life, if you were a blade of grass, then a future self will cut you down to eat you in bread for a lunchtime sandwich - because it sees you as Wheat in a field.

Now I know some will yell "Snake! - run" - but in this analogy we all are the snake and it is our own head that just goes round and round. "-)

The place they talk about with the Ziggurat is probably what is known as "Shamballa".

Talking about alien's underground bases...You know how Airl the alien from the Matilda O'Donnell MacElroy book "Alien Interview" says that they had destroyed the "old empire's" planetary disgusting beings, who were cannibals and only delighted in vicious violence? Well, I've put some things together.
Reading about the Hopi in Arizona, they are always talking about how they came from 'underground' and they had to ask to come up to this plane, to escape their own evil people who were underground, and that they also have very strange rituals, such as flogging of the adults, and then the children, in those separate groups. Where did they learn that? Hm.
Airl said that those violent beings, who they destroyed off that controllers planet, after they died, they had to go somewhere. And she thinks they re-incarnated here. And looking at how the many Indian tribes or aboriginals of all different races around the planet, are not very intelligent, and they are violent, I mean, give them some whiskey and find out; well in this video below by Graham Hancock, he tells us about the Aztecs, who follow and worship a tyrant of feathers and scales. Very evil. Like the Remote Viewers have shown in the movies and videos, the lizard beasts, who live under ground, who come up to control their slaves, and prey on Humans, are no doubt those of old.
And while reading the book by Theresa Talea, "Eternal Humans and the Finite gods," you find that they are always possessing people in order to control them, just as the Remote Viewers have found out. So you can imagine who or what is inside this tyrant Aztec leader that Graham is talking about.
Another thing, hm. In the newsletter by Arthur Firstenberg, in the "International Appeal to Stop 5G on Earth and in Space," (https://www.cellphonetaskforce.org/wp-content/uploads/2020/11/Outreach-to-Environmental-Organizations.pdf?fbclid=IwAR38jI6gqtznJFMCdi1g6dcooQXFwr4OXBuYBQqRz-sQhiTt2jL_mFVGk1w) it shows how many have signed up to get their own personal satellite to support the nasty frequencies that the aliens want to use to zap us with, and most of them are from the Indian tribes and settlements. Either they are easily manipulated, or they have exchanged alcohol for 5G.