MSM: THE OBSERVER -
A Dead SpaceX Rocket From a 2015 Mission Is on Course to Crash Into the Moon
First reported by Ars Technica, the trajectory of the Falcon 9 stage observed by users of the popular star-gazing software, Guide, suggests that the dead rocket is “very likely” to impact the far side of the Moon, near the equator, on March 4.
https://observer.com/2022/01/dead-spacex-rocket-2015-mission-crash-moon/

The release of the reports being published went from describing this Space Rocket event as a 'collision with the Moon' - to then being described as 'on target with the Moon'.
It reminds me of the time they blasted the Moon with a missile supposedly looking for water under the surface - "What are they up to?"

And your Remtoe viewing conclusion is?
And your Truth/gut theory is???
And your Tin Foil Hat theory says?

Prior to the March 4th Event of the awaited Moon crash, this has happened ...

Interesting timing.
Are they linked? (no pun intended)
In a thread below I will post the recent video from Dr Salla and Elena Denaan for your consideration as well.
What do you think?
Solar space weather - Insurance - self destruction atmospheric experiment - sabotage - ?

Elon Musk's SpaceX will lose up to 40 of the 49 Starlink satellites it launched into lower Earth orbit last week, as the result of a geomagnetic storm, the company has announced.

The satellites were hit by a phenomenon known as 'geomagnetic storm,' which increases the drag on the satellites, causing them to fall out of orbit.

Were Starlink satellites shot down by the Deep State?

Youtube Channel: Michael Salla
Published: 13th Feb 2022
Description:
On February 8, 40 out of 49 Starlink satellites launched by Elon Musk's SpaceX for his space-based communications system failed to reach their orbital paths and crashed back to Earth in a fiery display. SpaceX quickly put out a statement that a geomagnetic storm was the culprit, even though the storm hitting the Earth during the satellites' deployment was relatively weak. According to a representative of the Galactic Federation of Worlds, however, the satellites were shot down by a Deep State faction still active in Europe.
This is the podcast version of an article published on Exopolitics.org on February 13, and is narrated by the author Dr. Michael Salla.
For links and references go to: https://exopolitics.org/were-starlink...

it seems it may not from SpaceX but a Chinese Rocket -

From the transcript:
…the rocket is still expected to strike the moon at the same time.
Mr Gray wrote last month, with all the data we've got a certain impact at March 4th
12:25:39 –
Latitude +4.93
East Longitude 233.20
plus or minus a few seconds and a few kilometres.
.

Daily Mail
https://www.dailymail.co.uk/news/article-10508807/Rocket-crash-course-moon-does-not-belong-SpaceX-Chinese-mission-2014.html
[Extract}
Rogue rocket on crash course with the moon does not belong to SpaceX but to a Chinese mission from 2014: Spacecraft fragment is still expected to hit the lunar surface at 5,700 mph on March 4
Published: 14th Feb 2022
-The booster was first identified as part of a SpaceX Falcon 9 launch from 2015
-It was named so by Bill Gray, the founder of astronomical software Project Pluto
-On Saturday, he got an email from someone at NASA telling him to look again
-The official said the trajectory of the SpaceX launch didn't go near the moon
-Gray is now confident that the booster was actually part of the Chinese Chang'e 5-T1 mission in 2014
-The booster will hit the moon next month and make a crater 65 ft in diameter

Lets add another loss of a Rocket (prior to waiting for the Moon impact).

On the 11th of February an AstraSpace Rocket launched successfully from Cape Canaveral carrying a payload of 4 satellites.
Three minutes into the flight the rocket started to spin as it reached the ionosphere and broke up during Stage 2 and Stage 3 of the flight.
This was the first commercial payload for the start-up company, and although they had previously had some trouble with test launch (dont they all) the launch itself was fine.

Seeing that SpaceX had lost 40+ satellites launched on the 8th February 2022 due to what has been determined to be solar blasts hitting the ionosphere, or if you have watched the Michael Salla video; the Satellites were purposely brought down by Deep State interference - I would like to gather as much information on what is being put out to the public before the March 4th Moon crash and see if what type of picture the narrative is creating.


.
---
SuspiciousObservers (a Youtube channel with some serious space weather clout) linked the SpaceX satellites fall from grace with the space weather. But their conclusion of the AstraSpace Rocket having the same trouble with ionosphere and burning up is different, as there was no Solar Blast to take this Rocket out.

... "Now folks, this is kind of hard to believe.
AstraSpace had their first satellite launch from Florida yesterday, and everything was going fine after lift-off and for the first three minutes of the flight. But when it hit the ionosphere, they lost all control.
The rocket began spinning like crazy and was lost.

Folks, exactly one week after SpaceX, another weak geomagnetic event with a double storm occurrence profile, and space missions lost in a key coupling point for space energy in the ionosphere.

From the amount of drag increase to the electric current surging through the medium, our planet has acted like it was in a major geomagnetic storm two weeks in a row - but no such major solar outbursts occurred.

The impact of the minor events continues to suggest our planetary field is in big trouble, and the lower layers the ionosphere and the atmosphere of earth are becoming more vulnerable..."
End Quote

The video can been seen here: starts at 1:25

So what type of satellites where the AstraSpace payload carrying -
info from: https://www.space.com/astra-first-florida-launch-failure-february-2022

Prior to the (Feb. 22) attempt:
- ...on the most recent trial, a mission for the U.S. military that blasted off this past November, the company's LV0007 made it to orbit

Satellites:
- the Bama-1 cubesat, developed by a team at the University of Alabama, aimed to test a "drag sail" designed to mitigate the space debris problem by helping spacecraft deorbit in a controlled fashion at the end of their lives.

- New Mexico State University's Ionospheric Neutron Content Analyzer, or INCA, was designed to "study the latitude and time dependencies of the neutron spectrum in low Earth orbit for the first time to improve current space weather models and mitigate threats to space and airborne assets,

- QubeSat, from the University of California, Berkeley, was a technology demonstration designed to test how the space environment affects quantum gyroscopes.

- NASA's Johnson Space Center in Houston provided the R5-S1 CubeSat, which would have demonstrated tech that could aid in-space inspection of satellites as well as help trailblaze ways to build small spacecraft quickly and cheaply.

Update: 15th Feb 2022
And so another of Elon Musks Rockets 'Starship' has had it approval for launch delayed for a further month.
The FAA board are concerned for environmental safety on the ground. I'm thinking they might be more concerned about safety in space.

SpaceX's Starship Launch Delayed As FAA Postpones Environmental Assessment By 1 Month
- SpaceX is aiming towards the first orbital flight of its Starship rocket, however, a license from FAA following its approval has stalled the mission.
https://www.republicworld.com/science/space/spacexs-starship-launch-delayed-as-faa-postpones-environmental-assessment-by-1-month-articleshow.html

With very little fanfare and follow-up (even from me) the Space Debris was said to have 'hit the Moon'...
But we may need to wait weeks or months to get any confirmation in the way of evidence ...

Some extracts from articles about the impact -

The event took place at 7:25 a.m. EST (1225 GMT) on the lunar far side, experts say, meaning it was out of view of ground-based telescopes. NASA's Lunar Reconnaissance Orbiter was likely not in position to get a look at the crash, but the agency has pledged to seek out the resulting crater — a process that could take weeks or months.
That crater, Scientific American suggests, is somewhat near the naturally formed 354-mile-wide (570 kilometers) Hertzsprung Crater. 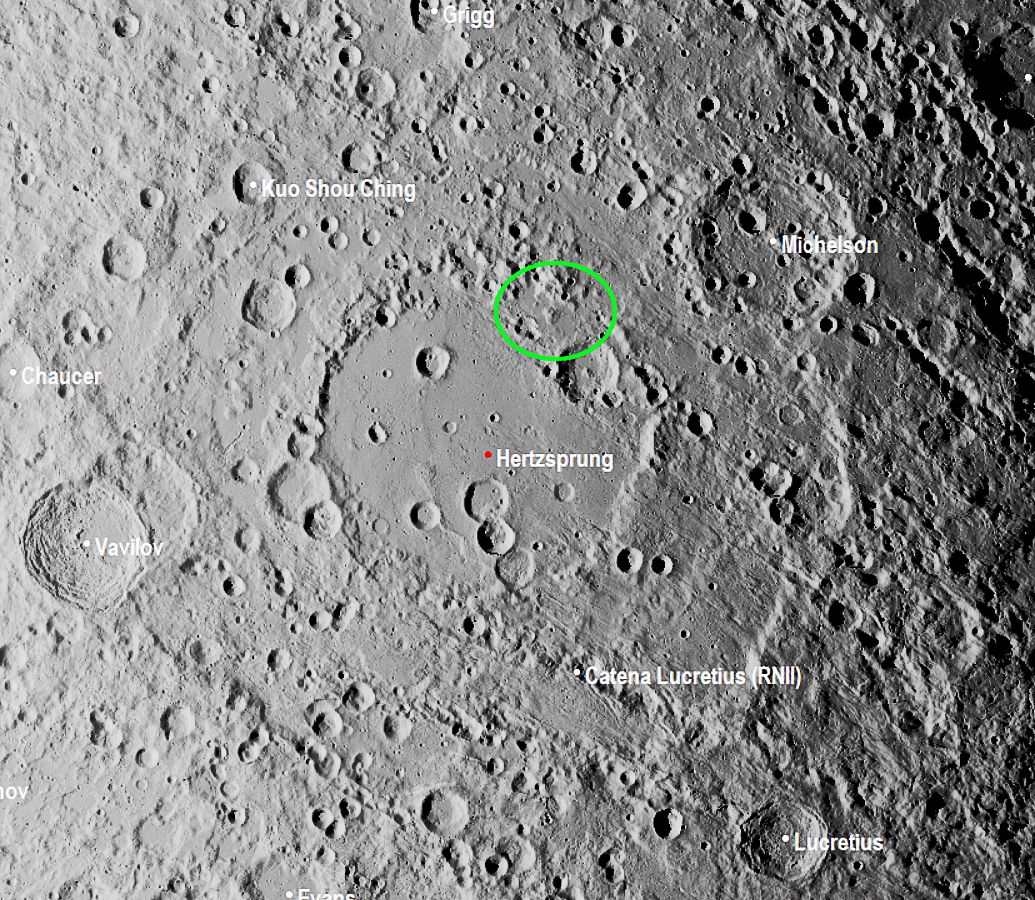 7TH MAR 2022, 11:02
https://www.the-sun.com/tech/4805830/spacex-rocket-moon-china-launch-live/
[extract] - NASA's Lunar Reconnaissance Orbiter monitored the moon's exosphere for any changes as a result of the impact of the rocket booster to the moon, Space.com reported.
LRO "will not be in a position to observe the impact as it happens. However, the mission team is assessing if observations can be made to any changes to the lunar environment associated with the impact and later identify the crater formed by the impact," NASA officials said in a statement given to Inside Outer Space and cited by Space.com
"Following the impact, the mission can use its cameras to identify the impact site, comparing older images to images taken after the impact. The search for the impact crater will be challenging and might take weeks to months."