Hi everyone.
This is a short summary
– an introduction by Courtney Brown and a compilation of pictures of the Viewings for this Project, which were received from the Remote Viewing sessions for the America's Post-Election 2024 Aftermath Remote Viewing Project.
This is not a full transcript.

The full version of the Project can be viewed in the BROWSE section on FarsightPrime.com or at the link:
https://www.farsightprime.com/america-s-post-election-2024-aftermath/videos/farsight-mysteries-47-post-election-2024

Please add your thoughts, opinions, and comments on the Events!
.

We are assuming that the Twenty-Twenty-four U.S Presidential Election will be disputed no matter who wins. So, looking into the future to see who wins the election in Twenty-Twenty-four is not really interesting to us. No matter what our Remote Viewers perceive, half of the US public will likely believe it to be true, and the other half will likely believe it to be fake. Some think that the country is polarized more seriously than at any time since the American Civil War.

So, what can we perceive that is of use to us and to the rest of the country right now, no matter what the vote tally outcome? Well let's look at recent history the disturbance involving the capitol building happened on January Sixth Twenty-Twenty-one and the build up to that was all throughout December Twenty-twenty.
So, the really hot time where the greatest potential for off the scale politics should be during the two months following the November Twenty-Twenty-four Election.

What we want to see is the state of the nation after the election or more pointedly, is the US still a nation or do we move into a status more normally associated with stressed out developing countries - disputed sovereignty?

Basically, we want to see if we are a country at peace or are we a country where the citizens are at each other's throats? Consider how serious the situation is. After the U.S Presidential Election, retired U.S Admirals and Generals released a letter stating that President Joe Biden stole the twenty-twenty election.
Again, I’m not going into what happened in the election, but the fact that so many retired senior military officers - even if retired signed a petition claiming that they sided with one side of the debate over the election - tells us that if a similar dispute happens regarding the twenty-twenty-four election, the U.S military may fragment, and some officers siding with one belief regarding the election outcome, and the other officers siding with a different belief regarding the election.

In a worst-case scenario, which does not seem too far-fetched any longer, we could have U.S military units fighting each other. Even if this does not happen, it will take a herculean effort to keep the armed forces in one piece. Emotions are just about guaranteed to be intense.

And of course, that doesn't even begin to address how the U.S public will react. Will people just peacefully accept the election outcome? Will the losers simply say that they will try again next time, or will the anger at the election outcome whatever the outcome spill into the streets and more? These are all the questions that we want to know, and the United States is marching into uncharted territory, and we need to know what the likely outcome is going to be given the current state of American politics.

These are the questions that drive the current Farsight Remote Viewing Mysteries Project. I think we have some answers for you, and if you will be patient, I will show you what we have found out.
.

TARGET.
The most significant and publicly visible and politically consequential activity in the United States of the 2024 U.S. Presidential Election that reflects on the condition of the form of Government in the United States.
Time Frame: December 2024 and January 2025.
The timeline is the most probable future based on current conditions.

Maybe Courtney could clarify the Event Letters -
EVENT E: Washington D.C
Event E1: In a major city in the U.S.
EVENT E2:
EVENT F: Event That Is Most Significantly Affected by Reptilians
EVENT G: Most Significant Activity Involving the Galactic Federation Of Worlds 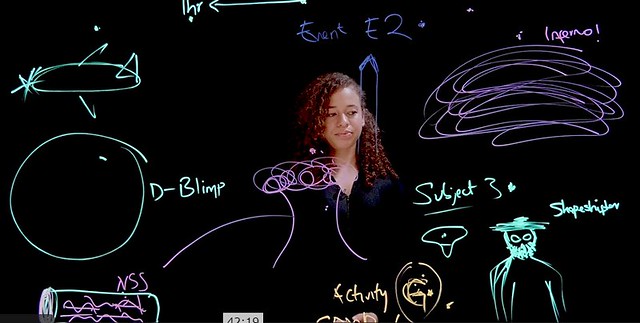 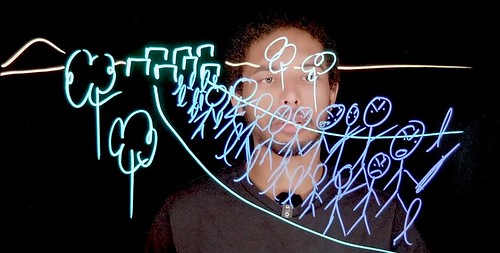 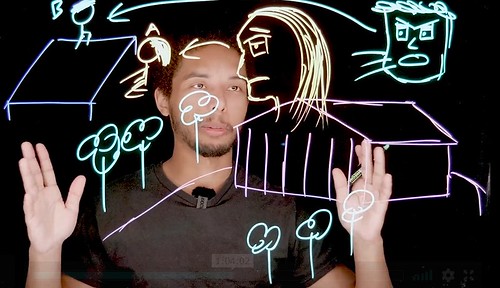 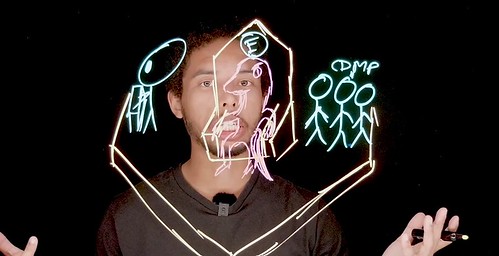 There were no Diagrams drawn by PrinCess -
This is a picture of her during her Presentation.
. 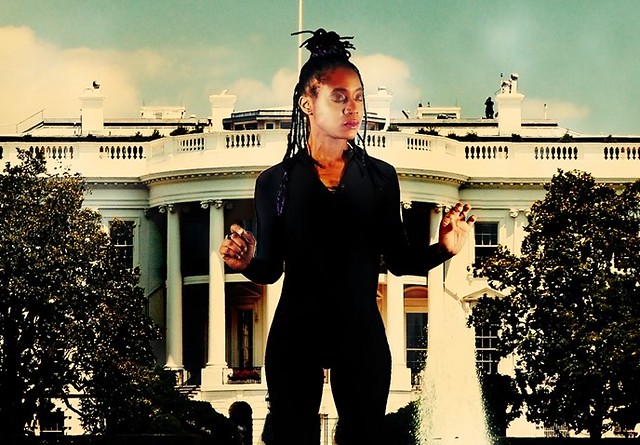 I was just looking at this prophecy and here et says exactly that, ashes from the cities on the third shaking on the earth...

I notice a comment about a pointed structure which seemed to be the Washington monument (perhaps) and description of a large hole nearby with bodies in the hole. It seems to me the site with the hole is perhaps the White House.

To me this predicts an explosion and then bodies perhaps are from from an assembling crowd. Perhaps for a demonstration ? So to me there is going to be an big demonstration by one side who didn't like who won the election.

it seems there must be a protest at Washington DC after the election. An explosion occurs likely at the White House- 2 days later a second massive attack happens on the city

A female is attacked (or possibly a long haired male) seen by Asiz - What said to be to blame by the crowd ? A political figure ?

Aliens are seen over head and involved.

A secret operation is taken out by one of the Alien groups likely by the allied alien group who has now been betrayed by the Reptilians. These operations are to retrieve something . There are multiple somethings inside several buildings. Perhaps technical objects that produce a certain frequency that influence those within it. What ? Something if discovered would prove they were involved. Operation takes place while the chaos takes place of the burning city. They must be very important in order to put their team at risk.

This means some technology is placed in important buildings- to influence or to listen in on or to surveil in some way . It needs to be found right away. 100 men/women need to identify 10 important buildings -ones where important meetings are happening regularly.

At night and in secret- every floor board needs to be tapped with fingers or metal objects. Looking for things out of place, or that should sound like metal or wood but do not sound right. Dental hooks need to be raked into every crevice as their are nano objects that we have even now that can slide into cracks and crevices.

Then 10 must come in with night vision goggles and light out to look under every chair and inside every box and onto every electrical line-- find what objects are being retrieved.

Then they need to find the maintenance man because that is the one who would never be questioned about going into cubby holes and closets etc. that has placed these objects and see if they are really human. ( That person works there as a federal employee and goes into several buildings as a roaming maintenance man in all likely hood ) He would be posing as married and should have a wife also doing similar work. If ever there were to be hybrids in an area -Washington DC should be crawling with them.

I was once a maintenance man - I usually worked alone and had access to all back nooks and areas and would roves into offices- I had access to computer rooms and telephone rooms and worked day or night. no one stopped and questioned me not even security.

Looks like Reptilian's want to start a World War between humans- AND PERHAPS humans are INVOLVED TOO. IE the Chinese or the Russians (there are others too) but it was organized by the Reptilians.

why does the reptilian answer Asiz ? Answer- because for the reptilian who is being contacted in the future ---the event has already happened in his future--- and cannot be stopped. By creating this event we may be able to escape his future--ie the world of the destroyed Washington city event If - only if the reaction to the explosion is NOT to start WW3-- the explosion probably cant be stopped--from happening in our timeline.
In other words there will be an Earth that has been destroyed and re-enslaved (in a parallel universe) but we may be able to stop that for our time line.

By creating this kind of future for earth the Reptilian wins and has an Earth to conquer and then can dial it up with his space craft and go there -- to that conquered Earth. His race achieves this because they can move from one dimension to another. This assumes a multiple universe theory. This is even being postulated now by scientists.

There is a theory out there that the 2020 election was stolen. Russia Gate is now coming out as a fake story all controlled by the Clinton campaign. It could be possible that the evidence for a stolen election of 2020 FINALLY comes out. I personally don't know what to believe about this. But it sure would cause a massive division between groups.

I would guess that the explosions cannot be stopped because the Reptilian can appear from another dimension and deliver his weapon. The only thing that can be done is to evacuate the city before hand and then NOT REACT BY STARTING WW3. A peace with China and Russia must be forged at that point.

BUT HERE IS ANOTHER IDEA- What if all other major city's have been hit as well ? Moscow, Beijing etc ? Stopping a war could only be stopped if Remote viewing is done world wide NOW.

Also there appear to be 2 alien groups involved. One group doesnt care if they have been seen and remote viewed -- the other pretends to not have not have noticed. Why are they being deceptive ? They are pretending to be human (humans cant tell they are being viewed for the most part).

For our world we may be able to have another future --one where WW3 is stopped and Earth is free.

Perhaps that's how it works

You don't need to start a world war if you create a food crisis. You simply let the ppl kill each other off fighting for scraps and you (Reptilians) wait on the sidelines to pick off those who survive. No need for nuclear war, because that'll change the frequency of the land and make it unusable for the ppl/chattle (i.e. us) that you want to continue farming.

Thus it makes sense to have the mass depopulation happen through civil unrest. It'll stoke emotions and frequencies that the reptilians enjoy.

once the depopulation happens you (reptilians) can swoop in and offer help/assistance to the humans remaining and they'll worship the reptilians as Gods and the cycle begins again.

Criticism of your post: You're not taking into account that this may be part of a simulation pattern, and it's simply our turn in that cycle. There's not much we can do to stop it.... for certain timelines. Other timelines will be saved without having the need to have the whole world remote view. However, having everyone awakened would probably be the best scenario.