You must have seen those creatures that look like the Joker or the Trekster that mess with people's minds in Farsight's latest project, haven't you?

It turns out that these creatures are simply tools for reptile leaders.

The thing I wish to emphasize is that these beings, in particular, are found in great abundance in the global legacies of all civilizations.
Because of my background in Arab culture and Islam, I will speak about it here.

Are you aware that there are ways to create invisible intelligent creatures that will serve you? This sounds very fancy, and I will explain the principles I understood.

As mentioned earlier, the Arab world has a number of esoteric paths, which some call mystics, some call magicians, and others call spiritual esoteric scholars.


By using Arabic letters, words and phrases that are weighted with specific criteria and based on the relationship of each letter to the moon and the moon's mansions, these spiritual methods manipulate the laws of energy and the universe.
They assert that by increasing energy through isolation and performing rituals such as chanting words phonetically in a specific pattern and repeating them in precise numbers and Following the passing of that period, on days determined by the lunar calendar, the human consciousness becomes semi-independent, with the ability to bring information or influence others, such as insomnia, obsessions, even stomachaches or nursing in general... and at worst it drives them crazy.

The success of this ritual depends on following a vegetarian diet and fasting.

These beings are known by many names, including jinn, spirits, and spiritual servants.

One of the ways these beings are created is making numerical tables at times associated with a specific structure, and these numbers are determined from knowing the name of the person and the name of his mother, and then the purpose for which the spiritual work is being done, and the traces of that person are used as his hair or to cut his clothes or nails.

It is obvious that I do not confirm these techniques are 100 percent real, but they have a basis for truth, and it is peculiar that they have a direct connection to the positions of the moon and have to do with the frequency of numbers as well as depend on the intentions of the craftsperson.

Is it possible, for example, to create non-physical beings and send them to our real enemies the Reptilians?

Generally speaking, I'd like to run an experiment and test it if the Farsight team wanted to investigate it. (Or anyone else)

Send remote viewers to observe the reality of these spiritual beings if they can actually exist, and see what their impact is if they are sent to someone, or to an alien being, let's say one of the leaders of reptiles.

This is one of the examples of spiritual work that relies on understanding the nature of the letters (is it fire, earth, air or water, and then interrogating them, i.e. creating a word.)
Through the table, it is possible to determine the exact time and hour and the second to pronounce the letters based on the lunar positions.

Here is an example of using tables to harm a thief, inflicting physical and spiritual pain on him until the the stolen item returned 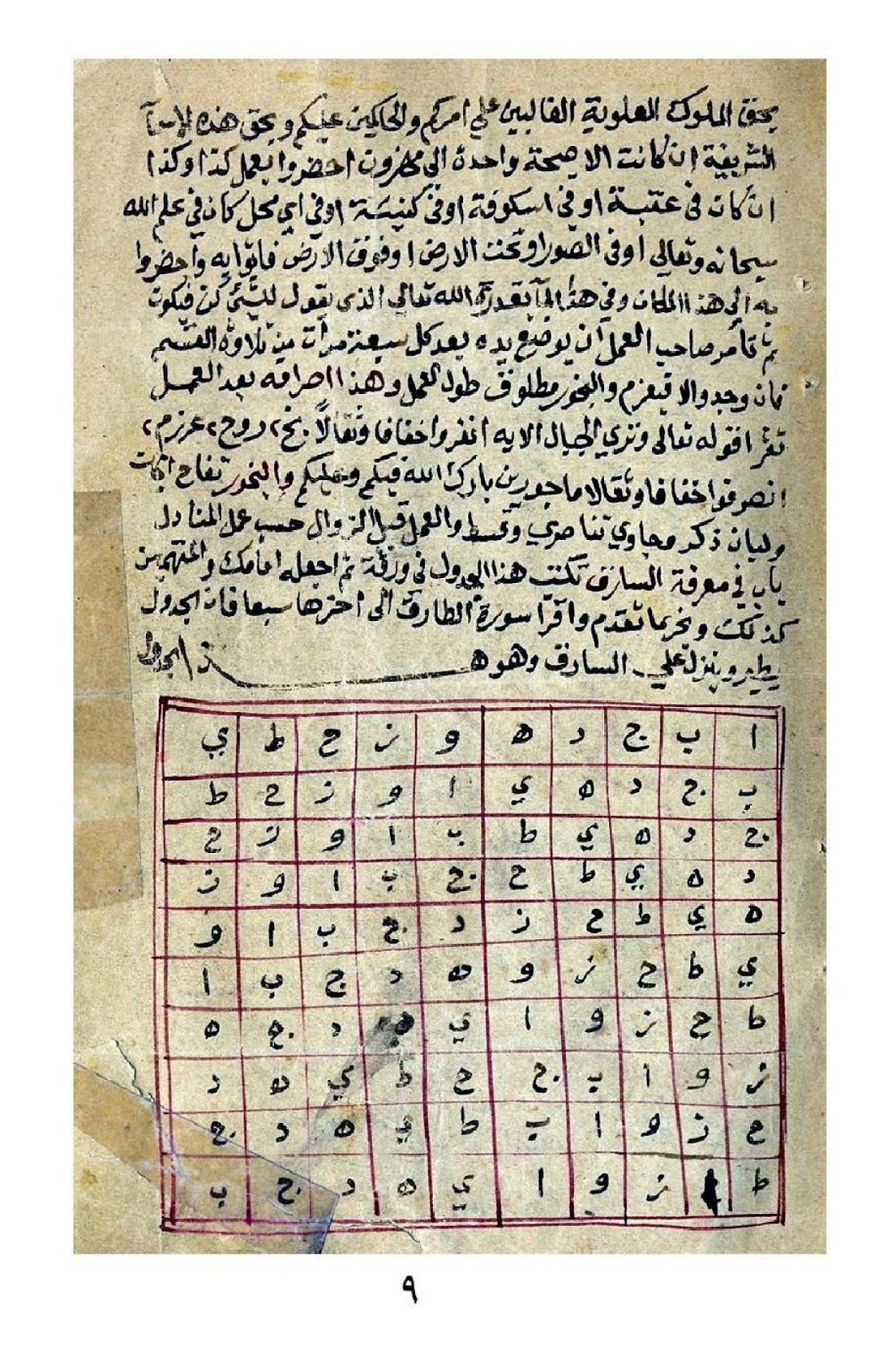 We can see many entities, non-physical, in hypnosis sessions messing with people. I recommend Calogero Grifasi's channel on youtube.

In one of the sessions, one of the non-physical entities that was messing with a woman was a former coworker, dude was having etheric sex and so forth with her.

It is definitely possible, but as mentioned by Farsight, the person being messed with had to do or experience something that lowered their vibration in order to give access to these entities.

The idea is pretty fascinating, yes I agree that the main reason people are directly affected by these invisible beings is when they're in a low mood or vibration.

Nevertheless, I find that the ability of man to make such things or even control them is a miraculous thing and perhaps a dangerous weapon that aliens may not want us to remember that man can do that

As I've been experimenting over the past few days, I believe some rituals can have real effects on a physical target

However, I have no clear evidence whether it is the influence of invisible entities, or whether it is an effect of the human mind.

Exactly, the same people that were messed with end up "killing" the entities by being aware. That is exactly why the reptilians and others made the matrix so that we are constantly thinking and never having a still mind. Once one is able to go into deep meditation and access these "subtle dimensions/ether/whatever", he or she can be aware.

Perception is everything, they thrive controlling our perception that end up feeding the matrix and them.

I believe Calogero Grifasi's Team did a series of investigation videos under hypnosis on Black Magic. But they are in Spanish.

I am not an expert on these matters however I have listened to others who say they are. The information that I have heard is that these beings exist now on their own and are not created. They are summoned. How this is done exactly I am not sure.

I am willing to take a guess now. When a bird wants to attract another mate it produces a sound that notifies the correct bird -- Ie a sparrow will make a sparrow sound to attract the correct species to further his or her species. They will not make the sound of a macaw or a walrus. Seems logical.

So to attract a Jinn one follows a known series of sounds -- chants and actions-- other animals also make movements that are also attractants to other of the same species. It says lets get together either for procreation or to make up a herd because it safer in a herd from lions etc.

Now to attract a Jinn we produce a sound. Probably low frequency sound that mimics the world of the Jinn or that RESONATES with them. If we want to attract a shark we produce the sound of a injured fish that makes a distress sound. To the shark that's a dinner bell.

The same is probably true for the Jinn. Its also probably true to attract an angel too. This advertises to each one -- " look Im not going to waste your time". To the Angle we say I am a devoted "do gooder and wish to connect with you to do good deeds.

To the Jinn we advertise -- look I'm a evil person and which to connect with you to do some really nasty stuff to someone else. Hence the stories we here about beings being sent to do nasty things to some person to get revenge. And so on.

So its all an advertisement to others as to what you are all about. If your really committed to either good or bad something or someone will be in touch fairly quickly .

The Jinn I have heard live in a parallel "universe" if you will and once lived on earth. Working with them is very dangerous. They can and do possess "magicians" who "work" with them.

Some claim some of them are good- however I have only heard the opposite through the examples given. If the reptilian associate with them it is unlikely there can be much good associated with them. The only person I know who has talked about them quite a lot is Simon Parkes. He does not advocate contact with them.