12:01
AA
A facebook.com
Williams post
Willam buniman
13h
A question about the reality of the commonly called,
"reincarnation trap" was raised on the William Buhlman
group?
l agree there is much misinformation about the journey
of soul/consciousness after death. The primary reason
I wrote, Adventures in the Afterlife and Higher Self Now
was to shed light on the amazing multidimensional
journey we call death. For three decades I have stated
that no one has a gun to our head forcing us to return
to Earth. We are not the helpless victims of some great
evil conspiracy of aliens. We disempower ourselves by
accepting any form of victim hood.
The core underlining "trap" is people's complete lack of
personal knowledge/experience of our nonphysical
immortal self. Let's face the hard truth, most people are
ego driven and clueless of their true self and their
multidimensional nature. Most still believe they are
biological human animals and remain heavily
programmed by the primitive and flawed beliefs of their
culture and society. As a result, at death they largely
accept the first reality and soul group they encounter at
their death. The "reincarnation trap" is not an external
creation by some collective of evil entities it is instead a
self-made repetition created by the choices we make.
Visit www.astralinfo.org for more info.
Write a comment.
(c
(

I found this very interesting; https://www.wanttoknow.nl/wp-content/uploads/Hidden-Hand-full-interview-WantToKnow-info.pdf

I find his response interesting. Having spent many years evolving my own techniques in OBE travel and remote viewing, I have never come across anything like the death traps. I can’t say one way or another for sure. But I do have a few concerns of the death traps project.
First the target itself wasn’t clear enough, it was too generic and all viewers did get different experiences and data.
I remember when Daz did the JFK project and the Hitler project and he follows both subjects after physical death and we don’t get any info related to traps.
I think that another project picking a famous person who had passed (Elvis, Albert Einstein etc), where the viewers would describe the physical death process, the experience immediately following the physical death, and describe the consciousness as it currently is now. This would allow us to really corroborate and compare the viewers info. The problem when the target is too generic, we end up with different data from all viewers and the project doesn’t appear to be as strong. Also, the viewers or viewer maybe picking up on the intent of the tasker. This is where an experienced project manager comes into play.

Who are the "soul trap guides" everyone encounters on the flipside who tells them they must go back? Experiencers have described their guides who meet them as.....Aliens, Angels, Elders, God, Jesus, Grim Reaper, Devil, family members, spirit guides, biological androids (no soul), computer-generated holograms, etc.

Yes. The idea of a Soul Trap is far from answered. The work here at Farsight was based on remote viewing the Alien Interview novel.

Of course that would be the project outcome.

If there is a trap, why send someone back if it isn't "their time", that they have someone to still care for ... etc.

Too, would like answers on ghosts? They are stuck in limbo. Why? How to get unstuck? Etc... 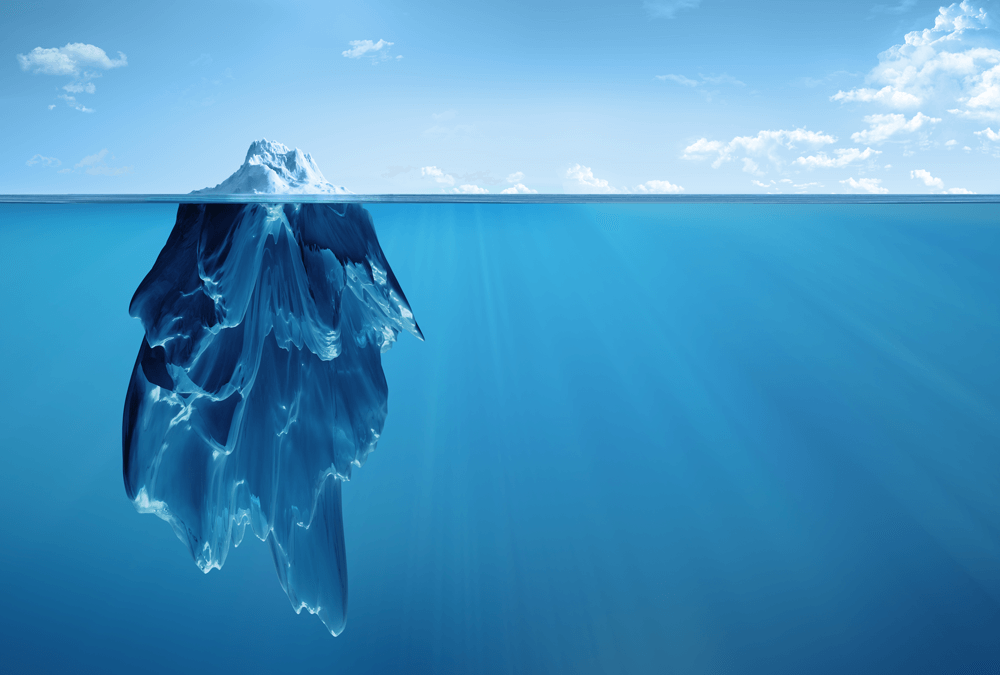 I am familiar with William Buhlman’s work as a teacher and authority in OBE. I used some of his training CDs about 3 years or so ago when a group of Farsight members including Larry and I were actively discussing and exploring the field of out of body experience (OBE).

I agree with Buhlman when he says that:

“The core underlining ‘trap’ is people's complete lack of personal knowledge/experience of our nonphysical immortal self”.

The above quote suggests that William Buhlman does not deny the existence of death traps. But he believes that people are trapped on earth because they don’t know or don’t accept that they are powerful non-physical Immortal Spiritual Beings, called IS-BEs in Alien Interview.

In short, Buhlman believes that no one and nothing can trap an aware/self-realized IS-BE, and I wholly agree with him. And I would add that if an IS-BE is trapped, it is not forever.

So, what exactly are IS-BEs? How do they come to be? And what are they doing here?

Most of the answers to these questions can be found in Alien Interview, specifically in chapter 12 where an IS-BE is described as a non-physical, all-powerful, all-knowing Immortal Spiritual Being. IS-BEs use the nothingness of thought to create energy, life, space, forms and the physical world.

To understand the origin of IS-BEs requires a basic understanding of the story of creation.

IS-BEs came to be when, to experience Itself and its creation, All-That-Is / Infinite Creator / Source exploded in the Big Bang and partitioned Itself, into smaller Sparks of Divinity called IS-BEs. The word IS-BE is preferred over the overused “soul” to refer to these Sparks of Divinity.

IS-BEs are tasked to create and experience energy, life, space, forms, and the physical world, so that All-That-Is / Infinite Creator / Source can also experience Itself and Its creation. Although smaller than All-That-Is, an aware/self-realized IS-BE has all the power, potential, and attributes of its originator, the Infinite Creator.

P.S: in physics the First Law of thermodynamics (The Law of Conservation of Energy) states that "energy can neither be created nor destroyed. It can only be converted from one form of energy to another". Of course, this law is a big lie because IS-BEs create energy.

To make the game of creation relevant and as real as possible, it was decided that IS-BEs engaged in earth creation process would not remember that they are all-powerful, all-knowing Immortal Spiritual Beings. The reason being that it would not be fun, and it would not make sense to play monopoly, soccer or any game with all-powerful, all-knowing Immortal Beings who knew or could change the outcome of the game at will.

As a result, a temporary artificial separation from the Infinite Creator was established for IS-BEs that entered the physical world at birth. It is said that the Veil of Forgetfulness was casted upon these IS-BEs at birth. But this separation was designed to be lifted after death.

This separation can be visualized and understood if an IS-BE is represented by a bottomless iceberg. The iceberg shown above is not bottomless because we can clearly see its finite and defined bottom. In a bottomless iceberg, there is no end to the bottom part of the iceberg. It keeps going and going forever towards infinity.

The top part of the bottomless iceberg that sticks above water represents the IS-BE fragment that operates through physical bodies in the 3D physical world. In fact, in the picture, physical reality where we live is represented by everything above water. In this world, IS-BEs experience separation from the Infinite Creator, they have no memory of their divine nature and divine origin. And they don’t know that they are all-powerful, all-knowing Immortal Spiritual Beings. That is the condition of man in our world.

In the above picture of an iceberg, the non-physical world is represented by the world below the surface of water. In this world, separation does not exist and IS-BEs know that they are integral parts of All-That-Is.

In this realm, an IS-BE is whole; meaning that it is aware of the top and bottomless part of its iceberg. Like the Infinite Creator, the bottomless part of the iceberg is infinite, unlimited, all-powerful, all-knowing, and immortal. It is the IS-BE part that exists in Oneness and is an integral part of All-That-Is. IS-BEs living on 3D earth can spontaneously experience themselves in this state of non-physicality. It is an unforgettable experience that can also be granted upon request.

Now, going back to life in the dangerous 3D world where we, unaware/unrealized IS-BEs incarnate with no knowledge or experience about our divine selves. But slowly, incarnation after incarnation we rediscover who we really are, and ultimately find that we are an integral part of the Infinite Creator. At that point, we become aware/self-realized IS-BE; and no one and nothing can trap us on earth or in any other lower frequency world.

To recap, I agree with William Buhlman that:

“The core underlining 'trap' is people's complete lack of personal knowledge/experience of our nonphysical immortal self”.

But considering that our galaxy is ruled through terror and tyranny by some malevolent entities that force, coerce or trick IS-BEs to reincarnate in lower frequency world like earth; it is difficult for me to agree with Buhlman when he says that:

“The ‘reincarnation trap’ is not an external creation by some collective of evil entities…”.

Thank you very much Lori. Let’s summarize what David Icke is saying:

QUESTION: So ultimately, how do we escape the trap?

DAVID ICKE’S ANSWER: …The way out of the trap is to realize that there is no trap.

KNOW WHO YOU ARE AND IT’S OVER.

Believe who they want you to believe that you are: TYRANNY.

Now we know why David Icke is much maligned, censured, and attempted to be turned into a pariah.

He is telling the truth! And he is reminding us of the adage: “Man Know Thyself”.

In general, imho to know yourself come in 2 ways: 1) spontaneously, 2) by request. If by now you have not known yourself spontaneously, then request the spontaneous experiences. They will not happen unless you request them. And you will be amazed by what’s happen when you send a heartfelt sincere request.

Finally, let’s be aware that “We are whatever we think and believe that we are.”

Religious people pray daily to the lord to know the truth, but these people do not believe in life after death or reincarnation. However, the evidence is out there. You just have to look for it. I saw this article today: https://curiosmos.com/scientists-say-the-soul-does-not-die-it-returns-to-the-universe/