Description: Damien John Nott is known for his work on Secret Space UFOs: Rise of the TR3B (2021) and Australien Skies (2015).
He is a qualified UFOlogist, who claims to have more than 2000 pictures and videos of sightings — many of which feature bright objects hovering in the sky, and shapes inexplicably appearing and disappearing beyond the horizon.

Introduction: Damien Nott witnessed his first UFO sighting at the age of 9 years old. He has since become an independent investigator and photographer of the phenomenon. He has collected an enormous amount of evidence to include film and photograph footage of multiple sightings he has witnessed over the course of his life. Damien is also a photographer and a building rectification and modification specialist by trade.
.

His email is [email protected]

Would anyone be up to it if I emailed him, cc'd you and told him we're interested if he'd like to teach us more about his methods? Naturally, it might not be for free.

Let me know, and I'll be happy to.

Hi there Tazz -
That would be a great idea.
I was looking for his contact details and can only find him on Facebook, which I'm not a member of.
I wonder if Courtney could interview him maybe for an ufo photography special or something - it would be a hell of a conversation.

Funny, but there is something where your worlds collide.
You know the Canadian UFO footage you put up on another thread - hold that thought.

In the video on the header post, Damien questions a UFO anomaly he filmed - the footage is at around 51.00 minutes.
The shape of the UFO is like a horseshoe or a croissant.
Damien questions if it is a UFO as he hasn't seen anything like that before.

I have pulled apart the Quebec footage - it is extremely interesting.
I speculated that there are what looks to be more than one UFO in that footage - but what I think is happening is that the UFO can separate and merge. I also considered it was like a refuelling event.
Damien also mentions this type of thing - these odd separations and merging's - happening with UFO's he has filmed.
But more than that - the Quebec footage is of a horseshoe shaped UFO.
I think they do exist.
I was hoping to alert him of this but alas I don't have access to his contact details.

Currently, I am in talks with a model maker to make a model from the screen captures from the Quebec video.
I can't tell you how many have just said 'it's a balloon' (throws hand up in the air).
If I can't get this done by a model maker - I'll make it myself! and if I capture anything when we do the project, I will try making a 3D model of it also.

Here is the photo of Damiens Horseshoe shaped craft. 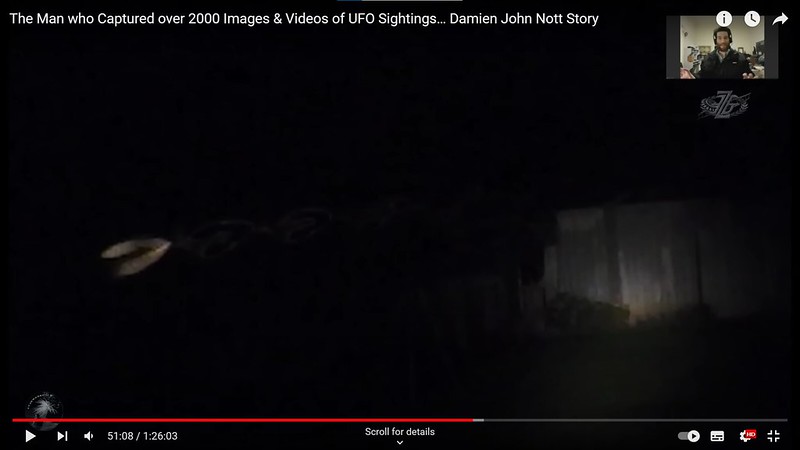 .
Here is a photo of the Quebec shaped craft. 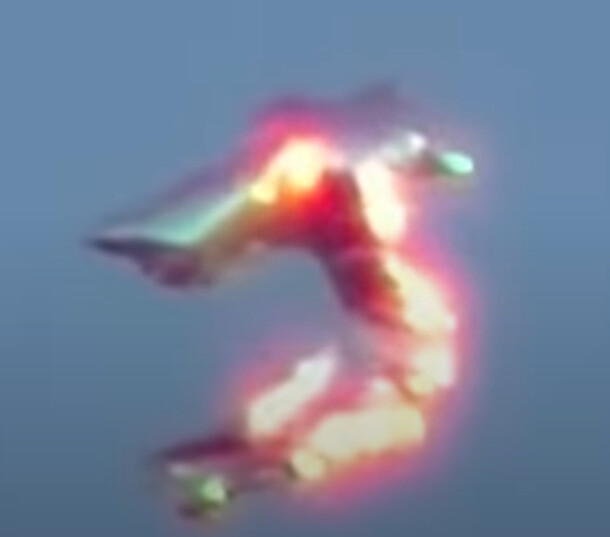 And here is a photo from Damien that shows the colour elements (energy signatures?) that surround some craft.
As you can see, these colours are also replicated in the Quebec footage. 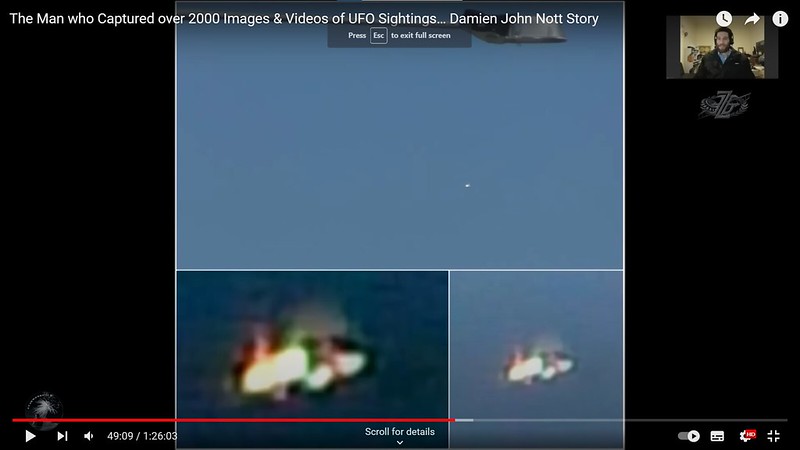 Tazz - I just realised you put his email address in your post above.
I hope you will contact him Tazz

Very interesting finds. Funny that I was just posting fairly random ones, I wasn't selective at all. Thanks for discovering those comparisons.

Great, I'll contact him in a wee bit of time. I miss things all the time.

This is the channel of GabberbeastTV - who was in chat during the Jan FS Intel Briefing
Description of the Channel -
Hello I am GabberBeastTV i do amatuer astronomy and astrophotography.

The video he has posted also shows Plane Maps, Star Maps to compare the footage which he took in comparison to whats known to be in the sky - very interesting and a great presentation.
-----
Youtube video description:
I saw 5 orbs fly past my house while going to take the garbage bins off the road, so i went sky watching and filmed quite a few UFO's UAP's Orb's flying around the sky last monday.

Ryan - have you put this post in the wrong thread?
Just wondering if this information wasn't for the INVESTIGATION INTO WHAT MAY HAPPEN BY 2050 thread

In case - the link is here;
https://www.farsightprime.com/forums/general/46869-investigation-into-what-may-happen-by-2050
.

Chris Lehto talked with Award Winning Filmmaker, Caroline Cory, about making "A Tear in the Sky," an excellent 2019 Science Documentary looking into the Tic Tacs by the original Navy Nimitz witnesses.
Caroline has more recent data that the satellite images for their "tear in the sky" capture were "classified". Coincidental?

Video title: UFO's over Ukraine "not birds or insects"

Description: Kiyv astronomer Boris Zhilyaev responds to claims from debunker Mick West and astrophysicist Avi Loeb that his UFO captures are birds, insects, and artillery.
Boris argues his case in two new papers he sent to me. I go through those papers and present his case in this video.