Megalithic structures: how were they built?

Hello everyone. I would like to suggest a new project idea. In particular, as someone with an engineering background, feats of engineering which baffle modern engineers are of particular interest to me. I'm curious how various megalithic structures were built, particularly the ones in South America. There are megalithic structures which appear to be pre-Inca, which the Inca merely colonized and built upon. These structures have absolutely massive stones which fit together so tightly that razor blades can't be slipped between them. At first glance, the structures look like they were soft at one point and were smooshed into place. A lot of them have nubs on them that look like a point where the stone was pinched off of a larger lump. They all bulge out slightly. None of them are held together with any mortar.

Unlike structures like Stone Henge, which are rough and stacked, and could plausibly be built using brute force or clever use of pivoting and leverage, the megalithic structures at Machiu Picchiu and Sacsayhuamán defy any modern engineering explanation. From the perspective of an engineer, it would be great to get a glimpse of how these were built.

Can the RVers get high enough resolution a view to discern engineering insights like what I'm asking about? I'm genuinely less interested in whether it was giants or nephilim or aliens or really smart people who did this than what exactly they did. Were the stones cast? Melted from other material and formed? Poured in place and hardened by some reaction or some catalyst like epoxy or energetic impulse like UV curing resins?

if you go back and re-watch the mystery of the giza pyramid video, Daz seems to be describing steam powered tools used to 'levitate' the blocks. Dick seems to describe hydraulic fracturing being used in the mining process.

How were the massive stones conformed to each other though? They look like they were giant pliable blobs that were squished into place before they solidified. The Giza pyramid video doesn't address this, and the Egyptian pyramids aren't known for the features observed at the Peruvian megalithic structures.

Egyptian pyramids and buildings that surrounds them does have all the features of the Peruvian megalithic structures, including: irregular size and shapes of casing stones and tight fit between them, strange knobs on these stones etc... 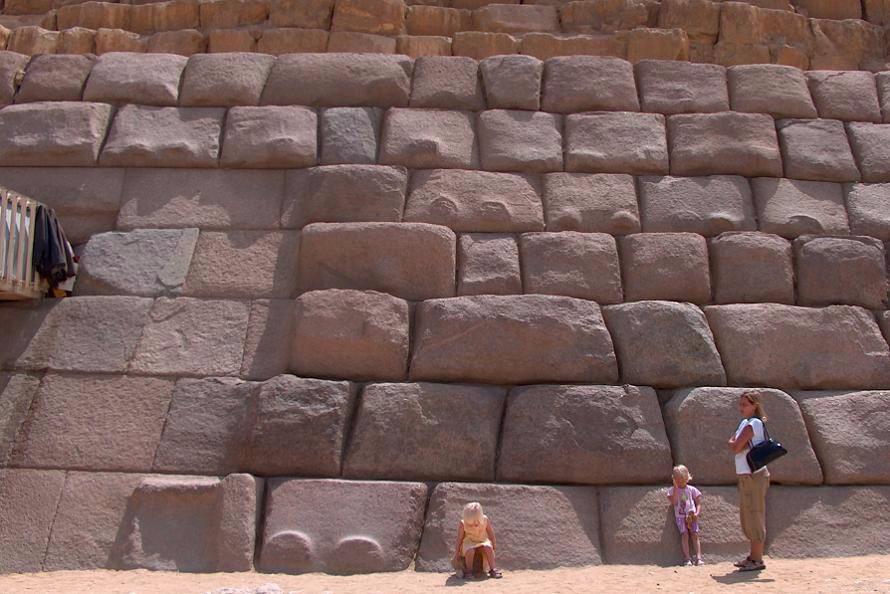 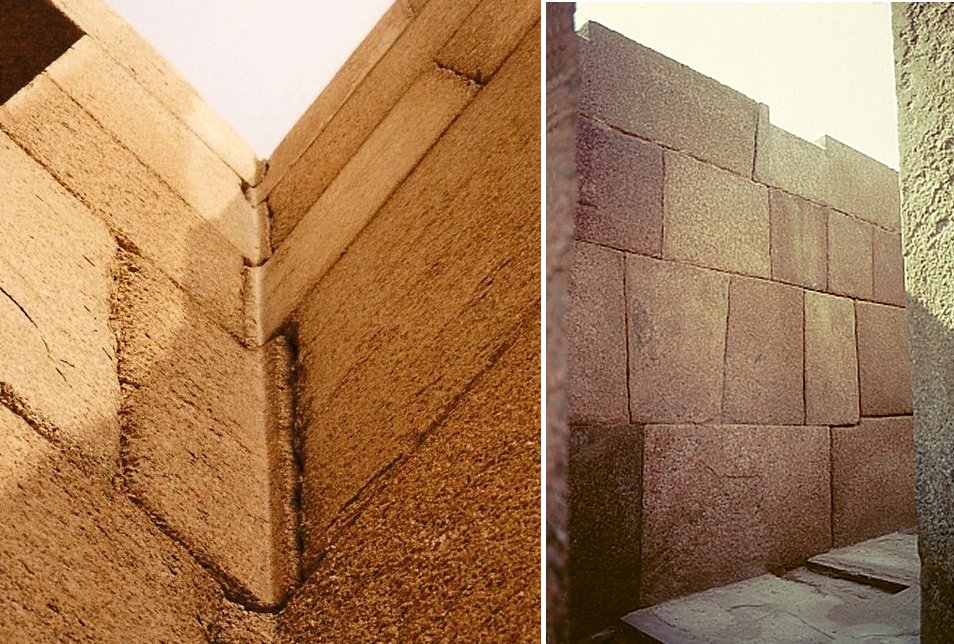 If ever such a project would be of interest to Farsight, there are couple of sites, which clearly have many puzzling questions about their origins:

1. Baalbek - city in Lebanon, known for its ancient temple complex, which Romans have built upon.
Of particular interest is so called "trilithon" - a group of three horizontally lying giant stones, being part of an outer wall.
Each one of these stones is 19 metres long, 4.2 metres high, and 3.6 metres thick, and weighs around 800 tonnes.
A couple of these giant stones are still lying in a nearby quarry, left unfinished.

2. Puma Punku - a part of a large temple complex, located in western Bolivia. The largest of Pumapunku's stone blocks is 7.81 meters long, 5.17 meters wide, averages 1.07 meters thick, and is estimated to weigh about 131 tonnes. The site is also know for it's peculiar geometric stone design. The blocks were fit together like a puzzle, forming load-bearing joints without the use of mortar. 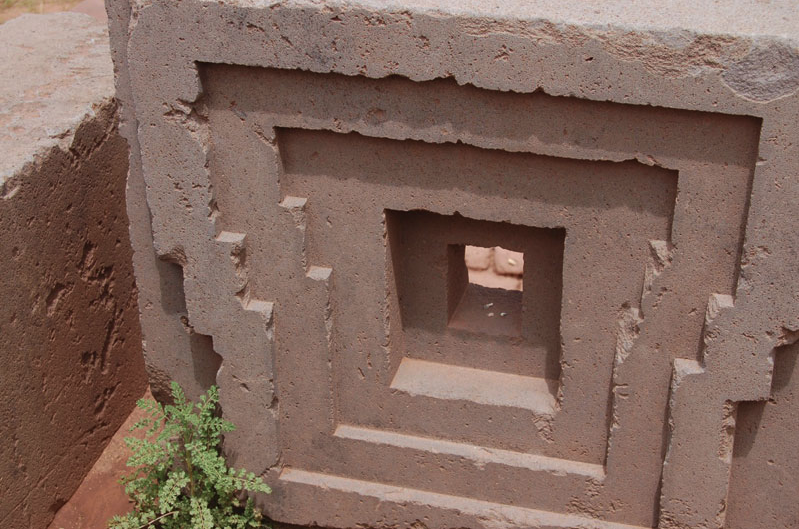 3. Saqqara Serapeum located in Egypt and is known for its large single piece solid granite boxes, weighing up to 70 tonnes each with perfect geometric shape. Official historians consider these boxes as a tombs for sacred bulls. But there are other theories, one of which states that it may have been containers for some kind of machinery. 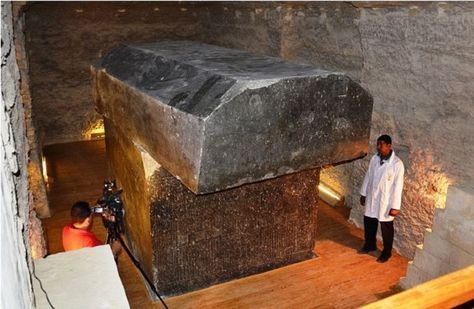 4. Many sites in Peru, which are known for it's gigantic stones, seemingly fused toghether. Hakktopin already mentioned them in his post.

Who is originally responsible for erecting such structures? How it was done and for what purpose?
On many of these sites the stones clearly have markings of advanced tools used in processing and shaping. In case of Peru and Bolivia, the quarries used for the production of the stones are usually many tens of miles away from the constuction sites, so there is also a question of transporting such heavy and large stones over long distances in ancient times.

Yes, this is exactly the set I would love to see investigated. Sacsaywaman in Peru is particularly interesting. Those massive stones with the thin little ones fitted between them are really amazing.

I am also curious about why they bothered to build this way. If the culture had ultra high tech building methods, why bother to build in stone rather than in steel and concrete and other methods? I know it may be somewhat chronocentric to wonder why they don't think the way we do, but I can't help but wonder. Was efficiency of no concern?

According to some theories, it could be that this culture have inherited some of the equipment or knowledge of construction methods either from society of beings with highly advanced principles of living or it was the remnants of their own knowledge (if we take into account the legends of the great flood). Maybe it was an attempt on rebuilding the society with what tools and knowledge they still had after the cataclysm.
We could only guess... unless Farsight would take the stories of these structures as their project.

It appears that some sort of prongs were inserted into the rock causing it to melt. When the shape melted to fit the ajoining boulders, the prongs were pulled out, causing the bumps we see on each rock. The molten rock was allowed to cool. Thats how the fit is so tight.

They look like they were cut with lasers, yes. EGS systems produce a lot of super heated, high pressure water/steam.