For those of us that follow Farsight mysteries, we must be on the cusp of being able to solve the location of the 'Garden of Eden" mystery.

As an introduction, there is a hypothesis that old Norse is actually a dialect of Yiddish, which is related to ancient Aramaic.

The story of the Garden of Eden could be a story about the Garden of the god Odin. There are ways to trace the story having been exported from Jerusalem to Scandinavia via ancient Jews at some ancient point.

Where this gets interesting, is if we listen to the story of Odin, if he was a god, then he would have had a Garden.

If we can locate his House, we should be able to find the Garden and the DNA "Development Laboratory".

My guess, based on the story of Odin, is that it is somewhere in Syria?

It's not that I am personally looking for the 'creation of Humanity' because I think that's been done in so far as the DNA having existed 'forever' (so many loops of the ring of time that it's irrelevant to go back), or that it was created in the Prism or Planet of Lyra.

I suspect, that the Garden of Edan story, the Giants, the Dwarves, the shapeshifting of Loki would all make such a great story. I'm placing the story by guestimate in the 'dark ages' of the decline of Atlantis. I just wonder if the House of Edan might still exist today (we would call it a temple) ? In somewhere like Syria? (and hopefully not under the Sea).

Here is a very short version of the story that describes the city where Odin/Edan lived. We'd summise that he had to have a Garden or Park somewhere:

Having any sort of visualisation on the Garden of Edan or the city of Asgard would be great.

Very cool David Lyon, anything with the Giants has me interested. There were even Giant skeletons found here in Arkansas and Missouri Ozarks. Maybe we will learn more some day. It's like flood didn't take them all.

I was able to get some answers from this video:

In a nutshell, the video [and evidence] suggest:

- The Garden of Oedin/Eden was most likely in Northern Turkey

- It wasn't a Garden for frollicking about naked enjoying endless carnality, it was a place of slavery, more like 'workin on the chain gang'.

Huh, that's interesting, I never made that connection.

> "if we listen to the story of Odin, if he was a god, then he would have had a Garden."

I don't see why that would follow logically, tbh. I'm not aware of any Garden of Odin in Norse lore, but we have so little of it left. Yet it was captured on paper by Christians (mostly Snorri), so if this was in the aural tradition at the time I'd have expected this to exist in the Eddas. I'm not sure it does. And as you're aware, it's rather a long way between Turkey and Scandinavia. Word similarity does not imply similar origin.

I think a review this lot and the Poetic and Prose Eddas would be good to look for support for this idea, maybe reach out to Norse scholars and ask. My first feeling is that the name that already exists in the popular consciousness would work better, even though the RV sessions are blind.

My personal sense of the "Garden of Eden' to date, is that it's a metaphorical reference to the point when we were GMO'd out of the original animal state and gained some alien abilities of understanding.
That's not incompatible with Eden being a place with 'arbeit macht frei' written on the gate, it just doesn't reference it.
I think it's less a physical location and more of an idea that arose and the people with that idea happened to have memories associated with a location.

I have spoken to someone who noted there is also great difficulty viewing Christian gospel events and locations. My theory on this is to do with how many rewritings there have been over the centuries so there are many stories to find. You end up with an effect that is like Lyn Buchannan's story stone - you can't view it's actual history, you only get a new story ever time.

Any sort of decent class NHE would have had a decent garden: 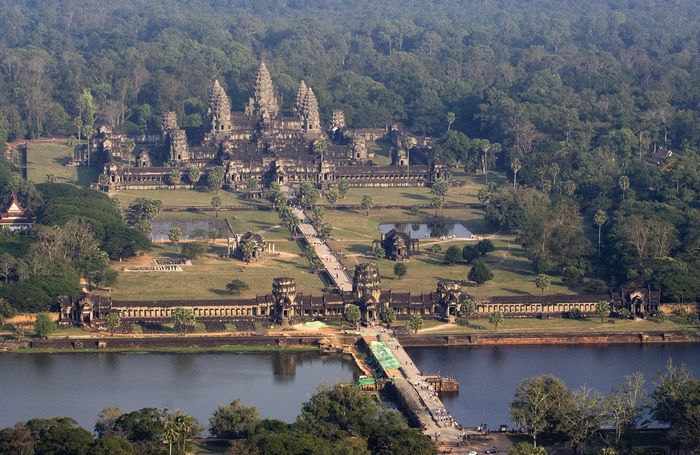 As for Christian events, a lot seem to have been fabricated by the Catholic Church.

Odin however, imo, was just another incarnation of an Orion like Ra, Zeus and others same.

They are getting picked up by Remote Viewers that oprate independently of Farsight.

I am not sure what difference it makes where on Earth we started. Yes it is interesting to know the progression from the beginning. The Garden of Eden is the Earth. That is where we started. The whole planet was to be our starting place by "divine will" in the universe or the earth is where we were upgraded from the ape to be slaves, serfs, etc or our "divine will" was shafted by beings with such capabilities (angle and demons - demons being fallen angles or anti-divine will'er). The question might be, how to build our own territory where we can evolve in full knowledge and bring all willing humans that want to live in Liberty and love for our species and willing to slay the oppressors as necessary for not leaving us alone! We get caught up in so many rabbit holes that we take our eye of the ball of "what is our community and nation state to live as freemen and freewomen". Historically USA founding idea where as good as we have every got on Earth to my knowledge so far. It failed cause it depended on the morality of love of others as yourself, self discipline (vs govt control), Human Beings vs human animals. Another great question is how is individual spirit born that arrives or is birthed with our physical body - that part of our consciousness that continues after physical world life. Apes dont have life after physical life dies.

Johnny wrote:
> That is where we started.

I prefer this version: https://www.farsightprime.com/where-we-came-from

I guess I'm interested to see drawings of the outside of the building where this scene happened:

Thank for pictures and comments; who created the folks in the pictures. Everything is made, engineered or put on course of some evolutionary autonomy. Yet i dont necessary thing those above are the originators of our idea. Who make DNA? How many species processes have taken place across the universe to get to the level of development we or the folks above in the picture have. I think they are hijackers of a process to greater expression of Gods nature. Where they go, goes exploitation of creation. I think also they control lots of the incarnation and reincarnation process into this plain. Its instrumental to control.

The idea would be that DNA is itself the tree of life. It's really nothing more than a data-stream with genetic solutions encoded. If the 'being' can access the information to solve a particular problem from within it's DNA, then the being can advance into the future.

There is a suggestion that the Earth is a dumping ground and mix bowl for the Universes best (and worst) genetics.

The bigger 'beings' with more knowledge may well be our future selves helping our past selves get better.